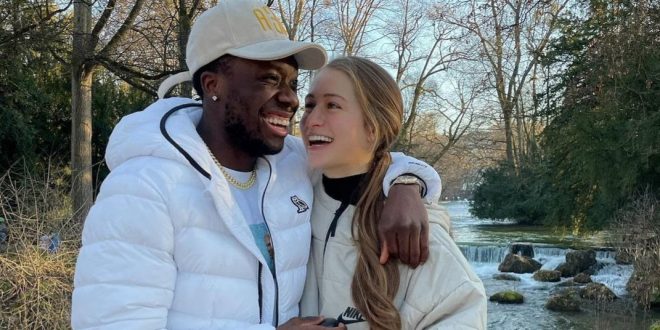 The two met when Jordyn spent time with the Vancouver Whitecaps in 2017. She fondly refers to Alphonso as her “partner in crime’’.

Jordyn Huitema was born on 8th May 2001 in Chilliwack, British Columbia.

Jordyn began playing football at the young age of 4.

On  March 8, 2017, at 16 years old she debuted for her country’s senior team playing as a forward in the Algarve Cup final against Spain. In the history of the UEFA Women’s Champions League, she became the top Canadian scorer at the age of 16 when she scored her first national team goal.

In 2019 she was signed as a pro with PSG Féminine in 2019. The same year Jordyn was nominated to be part of the team for the 2019 FIFA Women’s World Cup

Alphonso Davies and his girlfriend have an incredible presence on social media and often share entertaining and funny content.

They have a shared youtube channel, Jordyn & Alphonso with 742K subscribers and over 18 million views.

On Tik Tok, she has over 1.1 million followers