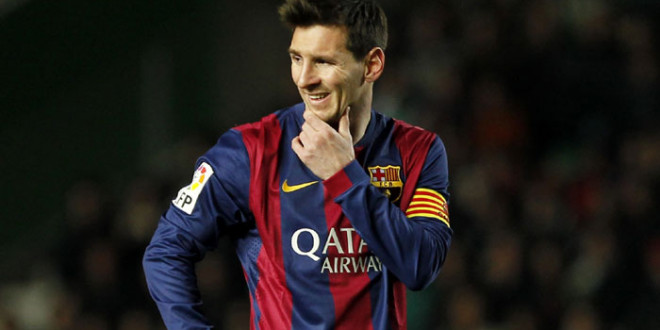 Recent reports have suggested that Lionel Messi is keen on a move to the Emirates, linking the star footballer with a record breaking £600,000 a week deal with Arsenal.

Arsenal fans were quick to dispel this rumour, taking to Twitter to voice their humour on the report given the frugal nature of Arsene Wenger and his background team.

Messi has been linked with moves from the Nou Camp in the past, with Manchester City and Chelsea both toured as potential new clubs for the four time Ballon D’Or winner. It still remains unlikely however that Barcelona will sell the star player.

The Gunners would have to shell out almost an extra £1 billion to pay Messi per season because of the rumoured £600,000 per week wage packet he would receive. This sum is as well as an estimated initial £200 million that it would cost to sign the 28-year-old Argentinian from Barcelona in the first place.

While Arsenal fans were quick to humour these rumours, one fan took to Twitter to reveal an audacious plan that he believed would entice Messi to the Emirates.

Twitter user @matt_clarky has offered to set-up a £1 direct debit each week to Messi, and has called on his fellow Gunners to do the same.

“I’m pretty sure I could find another 599,999 other #Arsenal fans willing to set up a £1/week direct debit. #messi #afc #justdoit #thedream,” Matt Clark posted.