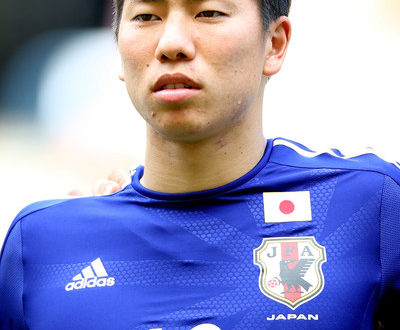 Arsenal F.C. have announced that they have agreed terms on a summer transfer for young Japanese international, Takuma Asano. The signing is subject to a medical being passed but it is hoped by the club that all formalities will be completed within the coming days. The 21 year old from J1 League franchise Sanfrecce Hiroshima, is set to become the club’s second senior signing of the current transfer period, adding to their high-profile purchase of Swiss International Granit Xhaka back in May.

With two league titles and three national cup triumphs to his name, fans will be hoping his winning pedigree can be translated to British shores. With Arsenal manager Arsene Wenger widely being acknowledged to be actively seeking a new goal scorer, the move for the young prospect is not seen as fulfilling his demands for an established striker. Speaking earlier regarding the transfer, Wenger revealed: “Takuma is a talented young striker and very much one for the future. He has had an impressive start to his career in Japan and we look forward to him developing over the next couple of years.”

Having made his full international debut for the Samurai Blue as a 19 year old, the starlet is expected to be named amongst the Olympics squad who will begin their quest for gold in August. While Arsenal, will look to begin their pre-season preparations on July 16th with a local trip to Meadow Park where they will resume their annual derby encounter against National Division side Boreham Wood F.C.

Who is Arsenal’s New Star?

Having been playing high school football only a matter of four years ago, Takuma Asano has blitzed a dazzling path throughout Japanese football. Helping his side conquer their national championship twice, Asano was named Rookie of the Year in 2015, a prestigious accolade awarded to the best young player in the league. This proved to be only a stepping stone towards further achievements in an ever-blossoming career. Establishing himself as a mainstay in his club side, Asano has since made a considerable impact with the national team, steering Japan to an Asian U-23 Championship with his game-changing ability.

Although listed as a centre-forward, Asano is a versatile attacker who thrives equally while carrying the ball as he does while running into space, being nicknamed as ‘The Jaguar’ due to his breakneck pace. Blessed with a muscular physique, Asano also presses with a high intensity, pressuring defences while being proficient at holding up the ball.

Worryingly for a striker, his goals to games ratio is hardly prolific with 21 goals in 83 games, an aspect the youngster himself has admitted needs to be improved. Despite his Asian Championship victory, Asano stated: “I have to do a much better of job finishing. My team-mates set me up a number of times yet I didn’t take the chances I had. I had the two goals in the final, but I wasted so many opportunities. It’s something I can’t ignore and I have to make the effort to work on my game.” With England’s top tier several levels above Japan’s J-League, it is fair to say that his finishing will require refining. However, with Arsenal boasting a squad brimming with creative flair, Asano won’t be in short-supply of scoring opportunities.

Combining blistering speed with terrific balance, his low centre of gravity makes him an unwanted proposition for opposing defences to face. Unlike current centre forward, Olivier Giroud, Asano wields the pace and willingness to run behind defences, a trait the gunners have lacked since the days of Eduardo da Silva. His ability to drive forward with purpose and penetration may draw comparisons to another young talent, Ángel Correa of Atletico Madrid. Much like the Argentinian, Asano possesses a compact running style, paralleling Correa’s unpredictability and direct approach. Technically adept with both feet, the young star is a confident player, willing to affect a game with his piercing ventures towards goal.

In a move which has already incurred the wrath and confusion of the Emirates faithful, Wenger will no doubt be mocked for his willingness to acquire little-known forward Asano. With former young Japanese prospect, Ryo Miyaichi, failing to make a mark on the first team, Asano will be wary of the challenge he faces once a move to one of Europe’s elite is finalised. But with a humble approach to the sport and a vast array of match-winning attributes, it seems the wily French maestro may yet have plucked another diamond from obscurity.

Some of the highlights of Arsenal’s new signing, so far….