Home » News » Who is the Best Striker in the Premier League? 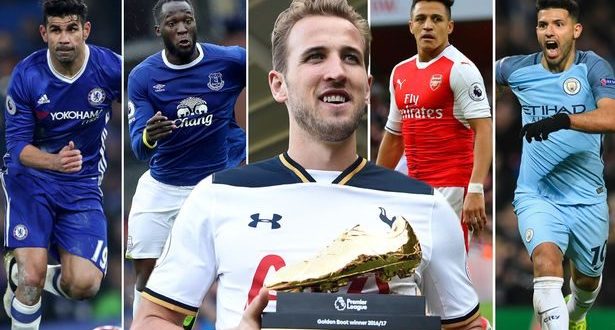 The English Premier League has been known for great strikers over the years with the likes of Shearer, Henry, Bergkamp, Drogba and Suarez all having great careers in England’s top division. The current crop isn’t bad either as four of them scored at least 20 premier league goals in the recent 2016/2017 season. While two non-strikers, Ronaldo and Messi are breaking goal scoring records for fun over in Spain, English teams still rely on their strikers for the majority of their goals. Who is the best, however? Who can be classed as the best striker in the Premier League today? Let’s take a look at the top contenders.

Players who just miss out –

Alexis Sanchez – He was close to the top contenders in goal scoring terms, but he spent a lot of the season away from the striker position and I don’t tend to class him as a number nine.

Daniel Sturridge – Injuries are the main reason he’s not a contender as he can never stay fit, not to mention he doesn’t really fit Klopp’s system. So, a lack of consistent first team football hurts him.

Zlatan Ibrahimovi? – If this was based on whole careers Zlatan would probably be classed as the best but in terms of Premier League success he only played one season (he missed quite a bit of the season through injury as well). So, he can’t be considered here. He also just got released by Man Utd so he’s technically not a Premier League striker anymore.

Marcus Rashford – This is a case of it being too early for him as he has not had a full season as a guaranteed starter for Manchester United. So, it’s hard to compare him to the likes of Aguero and Costa.

Gabriel Jesus – He joined Man City in January and started brilliantly until he was injured, then he didn’t come back until the last few games of the season. So he didn’t get enough game time to be considered. He’ll be interesting to watch next season if he can remain injury free. 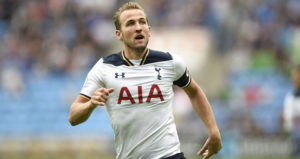 Perhaps Tottenham’s most prized possession Harry Kane has been the top scorer in the Premier League two seasons in a row and this season was the third time he has passed the 20-goal mark in the league. He has been a key part of a Tottenham side that have challenged for the Premier League title two years running which is something even Gareth Bale and Luka Modric didn’t manage. Although he may not have the technical ability of Aguero his work rate is unmatched against other top premier league strikers, not to mention his one of the best for finishing. As he can score with his head, score from range and also be a poacher when needed, he is very well rounded. Also, He is still only 23 so he could potentially be the man who breaks Shearer’s Premier League goal record. The one thing he doesn’t have is trophies as he hasn’t managed to win a Cup competition or a League title in his time with Tottenham thus far but I’m sure Tottenham will rectify that soon. 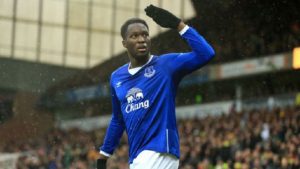 Everton’s star striker is Belguim’s Romelu Lukaku, he may be the underdog of these contenders, but with 25 Premier League goals this season he has to be considered. This was his best goal scoring season with Everton which allowed him to come second in the Premier League top scorer rankings. Which is impressive because with all due respect to Everton, Ross Barkley and Kevin Mirallas aren’t on the same level of the likes of Dele Alli and Christian Erikson at Spurs or David Silva and Kevin De Bruyne at Man City. So even without the same level of service he still managed to compete with the highest goal scorers in the league. His quality of play has him linked with many of the top clubs including Manchester United and his old club Chelsea. The main question mark with Lukaku is his record against big teams as when Everton go up against one of the top six he usually disappears as this season showcased with 11 starts against the top six but only 4 goals. Consistency can also be a problem for him as this was the first time he passed the 20-goal mark in the Premier League and he has to improve on that. However, when he is on form his strength and finishing can be really difficult to handle. 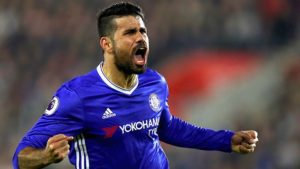 The Brazilian born Spain striker has been Chelsea’s first choice striker since he joined the club three years ago. Two of those seasons were great for Costa winning the Premier League and getting 20 league goals in both of them. The other season however was pretty much a disaster for him and Chelsea with them finishing mid-table and Costa only managing 12 goals in the league. That season goes against him as it shows he may lack the consistency of Kane or Aguero however winning the league two out of the first three seasons you’re there isn’t bad. Diego Costa is very well rounded as he mixes great physicality with brilliant technique. His big flaw, however is his aggression as he can sometimes let his emotions get the better of him which can lead to him picking up multiple yellow cards or concentrating on getting in his opponents faces instead of focusing on the game. When he does manage to remain focused though he’s one of the most difficult strikers to play against. 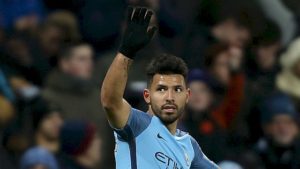 At the start of this season Alan Shearer said that Aguero was the only world class player in the league. I might not agree that he’s the ONLY world class player in England, but nevertheless it’s high praise from the Premier League’s all-time highest goal scorer. He’s been a first-choice striker in the Premier League for longer than Kane, Lukaku and Costa and he has managed to score at least 20 league goals in four of his six seasons in England. He’s arguably the most technically gifted striker in the League with the ability to dribble past players and keep the ball with his low centre of gravity. He did have a difficult season at Man City with Pep Guardiola not always preferring traditional centre forwards with the likes of David Villa and Thierry Henry getting pushed to the wings when Pep managed Barca and Lewandowski had to fight for a starting eleven position when Pep was at Bayern. Sergio’s problems increased when City signed Gabriel Jesus, but after Jesus’s injury Aguero managed to get back in the team and get back on form. Even though he found it a bit harder than usual to get game time this season, he still showed his ability when he could and proved he’s still world class.

My Verdict: I found it very difficult to choose between Harry Kane and Sergio Aguero as they’re both incredible players, but I think I’m going to go for Kane. The past few seasons, I think he’s just been above Aguero for me by winning the Premier League Golden boot twice and I feel Kane is still improving while Aguero might have a hard time getting game time next season with Gabriel Jesus to contend with. You could definitely make a strong case for Aguero being the best centre forward in the league and Costa and Lukaku are both great players as well, but for me the England Striker is the best the Premier League has at the moment.