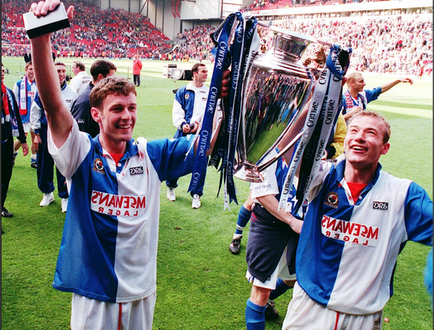 The Three promoted teams from the 2016/17 Championship season will be hoping for a long and successful stay in the Premier League. Survival is paramount, but it is not an easy feat. Some clubs embrace Championship football and bounce straight back up to the Premier League, others find the drop from top flight football hard and struggle in football’s second division tier and in some cases, find themselves free-falling through the lower leagues or stuck in The Championship for years labouring into mid and lower table positions due to top players leaving and financial loss. While instant promotion is great to see, the latter is sad to witness especially when a big club or long-standing Premier League side drops out of top flight football. Some take years to return to the top division or at worse, plummet through the divisions and are never seen in top flight football again. But who are the biggest Premier League fallers and forgotten clubs who once hit the dizzy heights of England’s top league and where are they now? Here is the top five of Top team tumblers and forgotten fallers…

Having been in the Premier League since it began in 1992 and once considered a title contender, Leeds United’s fall from grace has been as woeful as it has been unexpected. Star players, with a blend of English and youth team footballers, towards the end of the ’90’s and early 2000’s, the Elland Road team were challenging at the top of the Premier League table and were always in the hunt when it came to cup competitions – they played in the Champion’s League twice, reaching the semi-finals in 2001. Sadly, debts and loans mounted up for the club’s chairman Peter Risdale, after big name player sells in an attempt to rectify the club’s financial problems, the team struggled and ended up being dramatically relegated in 2004. Three years later the club dropped into division one. In 2007, they managed promotion back to The Championship but a 13-year absence from England’s top league is a disappointing reality for this once great, Premier League title chasing, exciting side.

One of the teams of the 1970’s and ‘80’s, winning two European Cups, this historic and once successful club have been relegated from the Premier League three times but will always been considered a famous club who really should be playing top flight football. Their status as a team from a momentous footballing city alone make their absence from the Premier League notable as does the fact that their honours list was remarkable before the new English league was formed in 1992. First division winners in 1978, Nottingham Forest also won four League Cups during the Brian Clough era. A top manager, trophies, and quality players to match, this side were a team to be reckoned with and had many successes. It would seem the creation of the Premier League almost jinxed this once great side. Nottingham Forest will always be thought of as an iconic club but having last be seen in the Premier League in 1999 this team and its fans deserve better.

22 years after winning the Premier League, last month Blackburn Rovers fell into the third tier of English football. Club owners have been blamed for the downfall of the Ewood Park team. Gone are the days of Alan Shearer and Chris Sutton banging in the goals up front and the challenge of England’s top league football trophy, it is a sad realisation that division one football now beckons for the once Premier League champions. First relegated from top flight football in 1999, a Rover’s revival and a change of fortune took place during the 2000 decade. Promoted back to the Premier League in 2001, the club managed to form a decent squad with the likes of Andy Cole, Dwight Yorke and Brad Friedel joining the club over the next year. Despite four 15th place finishes, and many manager changes, mid-table finishes were achieved over the decade but after an 11 season stay in the Premier League, Blackburn Rovers dropped out of top flight football in 2012 and their fall from grace has plummeted ever since. Five years on from Premier League football, it will be a sorry sight to see the former top-flight champions playing three leagues lower than where a club of their status should be.

Another forgotten former Premier League club, like Swindon, Oldham last hit the dizzy heights of England’s top league 18 years ago and have since yo-yoed up and down the lower divisions. Going down with Swindon Town at the end of the 1993/94 season, Oldham finished 10 points ahead of The Robins but it wasn’t enough to save them, losing 20 games, they were relegated and have never been able to get back to their great days of Premier League football. Their two year stay in the top tier of English football may be overlooked by some but once upon a time, this now League one club were competing with the best sides in England.

Coventry, Fulham, Barnsley and Wimbledon are other sides that once graced the Premier League amongst many others. However, you have to feel the above clubs are five of the most significant. They are either too big-a-name not to be playing Premier League football, and should never have got themselves involved in relegation, or have fallen so far from their heyday that we have probably forgotten, or if you didn’t know your Premier League history, would be surprised to find out, they once played their part in the best league in the world.