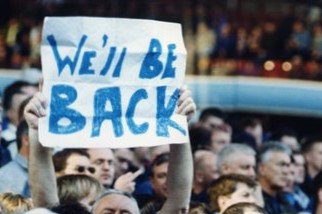 A shock 2-1 win for Crystal Palace against Chelsea at the weekend and a comeback from Hull over West Ham, and the race to beat the drop couldn’t be closer. Reaching 37 to 40 points, the so-called tally that managers and pundits alike conclude is the total required to guarantee survival, is proving difficult for teams in the bottom half of the league table meaning the sides from Leicester downwards, are by no means safe making the bottom three battle just as interesting as the contest at the top of the table with just eight or nine games to go. Assessing the end of season fixtures, mindset, and form of these relegation candidates should give us a fairer idea of who will expect to be playing Championship football next season and which sides will be celebrating beating the dreaded drop.

Many would say Sunderland are all but relegated. Mathematically it is still possible for David Moyes’ team to stay up but realistically having lost 20 games and with only 20 points won, it would seem The Championship beckons for the Wearside club. The debate over sacking or sticking with managers will no doubt be brought up when Sunderland’s fate is sealed. The Black Cats are the only team in the bottom five to have kept faith with their manager, would bringing in a new coach have rejuvenated the team? We will never know, either way it’s too late now, David Moyes is going all the way to the end of the season and you would think straight into The Championship with Sunderland.

Swansea’s recent 0-0 draw with Middlesbrough hasn’t helped either side but away from home and under immense pressure during most of the match, you would think ‘Boro would be the more happier with a point. The attitude seems to have improved around the Riverside since caretaker manager Steve Agnew took over but they need to pick up points fast. This week could certainly seal their fate, they play relegation rivals Hull and Burnley on Wednesday and Saturday and they have one of the hardest end of season fixture lists; Arsenal, Man City, Chelsea and Liverpool all await ‘Boro in the coming weeks. They really need their star man up front, Negredo, to start firing. It will be tight come the end, but possibly by just a point or two, Middlesbrough look like they will go down.

Hull still have to play Man City and Tottenham but their remaining fixtures, on paper, look like matches they are capable of getting results from. The same could be said for Swansea, they play Spurs next which you wouldn’t expect them to pick up any points from, however, apart from tricky games against Man United and Everton, The Swan’s fixtures are easier than their relegation rivals. Both teams have been rejuvenated by recent appointments of new managers, and based on this you wouldn’t bet against both staying up. They have the experience of Premier League relegation battles, the better run-in, and they both have made the most of playing at home, collecting 22 and 18 points respectively compared to only 13 won by Sunderland, ‘Boro and Palace.

Whilst on the subject of Crystal Palace, not only do they have extremely poor home form, but they also have the hardest remaining fixtures. They will find it hard to pick up points against Arsenal, Liverpool, Spurs, Man City and Man United, all of which they have to play before the end of the season. Sam Allardyce is renowned for keeping teams up, and their astonishing victory at Stamford bridge at the weekend will no doubt boost the team’s confidence, but looking at their last nine matches even ‘Big Sam’ will find this task difficult, and five of those games are at home where Palace have struggled this season. He has done it time and time again but Allardyce’s luck could run out this time, Championship football beckons for the London side.

Southampton and Bournemouth both on 34 points and West Ham on 33, are in a precarious position and are dangerously close to the drop zone. A few dropped points here and there and they could find themselves in the bottom three. Tonight’s fixtures will be fascinating with difficult matches for West Ham and Bournemouth, who play Arsenal and Liverpool while Southampton take on relegation rivals Crystal Palace. These games could shape the battle to stay up for the rest of the season, however, whatever happens this evening, Southampton will have two games in hand over Bournemouth and West Ham. If they win both, they would be on 40 points and you would presume safe, but all three of these teams face sides at the top and bottom end of the table between now and the end of the season so there are no guarantees until its statistically impossible to be caught. Southampton have played some decent football this season and shouldn’t be in a relegation fight, they have a good enough squad to remain in the Premier League. Bournemouth and West Ham have had indifferent seasons and it is no surprise judging by their form that they may end up in a straight battle to avoid 18th spot and the drop into The Championship.

Burnley at present are in 12th position on 35 points, eight clear of Hull in 18th place. While on paper they look good to stay up, stranger things have happened in football. They have only picked up three points from the last eighteen available so on form the Turf Moor club have every reason be concerned about facing the drop. As with Sunderland, Burnley have stuck with their manager despite edging ever closer to the bottom three, but currently, it is working out a little better for The Clarets than The Black Cats.

The conclusion is Sunderland and Middlesbrough’s fate is sealed, with an almighty fight on to avoid 18th place involving possibly seven teams. However, nothing is mathematically certain as yet and with over 700 minutes of football still to play anything could happen, but one thing is certain, the scrap to avoid relegation will be just as fascinating over the next two months as the push for first to fourth place at the top of the Premier League.