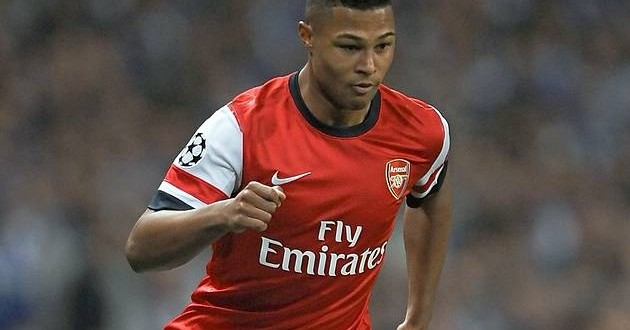 New kid on the block: 17-year-old German starlet Serge Gnabry could be set for his first Arsenal start

Capital One Cup Round 4 Preview

Tomorrow sees the return of the Capital One Cup with most of the big guns still battling to reach the Wembley final in the new year. Manchester City did surprisingly fall at home to Aston Villa but, for now, all the other top teams remain in the competition.

Without doubt the tie of the round sees Man Utd return to Chelsea just days after their highly controversial clash in the Premier League on Sunday. As if there wasn’t enough of a spotlight on the match already, the alleged racial abuse aimed at Chelsea players plus missiles thrown at stewards, not to mention some scandalous refereeing decisions during Utd’s 3-2 win at the Bridge, has drawn even more attention to this clash.

Also televised is Reading v Arsenal. The Gunners look set to field a strong side with the likes of Arshavin, Walcott, Djourou, Jenkinson, Koscielny, Frimpong and Coquelin all set to start with youngsters Serge Gnabry and Ignasi Miquel set to benefit from Arsene Wenger’s continued policy of fielding young talent in the cup. Wojciech Szczesny has returned to training and could make a shock comeback but Emi Martinez is on standby in case the game comes too soon for the Pole.

Following on from their victory at Everton Neil Warnock’s Leeds welcome struggling Southampton to Elland Road, Norwich face Spurs and, in what has the distinct feeling of a rugby league fixture about it, Wigan host Bradford.