Home » Articles » When cash rains, do the fans get wet? 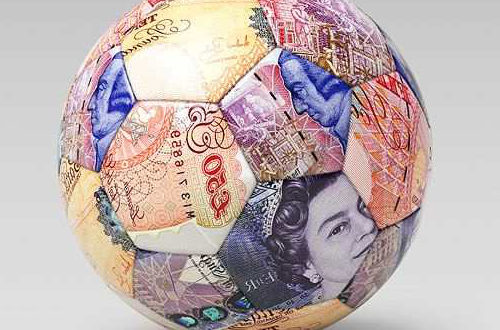 When cash rains, do the fans get wet?

We are past the half-way mark of the January transfer window. If there was anything to be learned, it has to be the fact that money talks. And if you listen carefully what it says, it’s not pretty at all. This goes doubly for all of us who just love the game of football and are passionate about our beloved club’s players.

The massive player exodus from previous seasons continues on in this one as well. It became apparent that no club is safe and no player is immune to the big money contracts offered left and right. Not even the Great Wall could stop the likes of Hulk, Oscar, and Tevez from securing mouthwatering paydays which could, for some of them at least, be the last really big ones they get.

Here is a fun fact for you: the Chinese Super League transfer record has been broken 5 times in the past year. Chelsea fans should probably look away now because, from those five transfers in 2016, two of them involved some of their best players. The year started off with Ramirez’s record transfer to Jiangsu Suning, which was reported to be in the region of £25m. Chump change comparing to the latest record-breaking £60m transfer of Oscar to Shanghai SIPG. When these deals get realized, you have got to start wondering if this is a good thing or a dangerous trend?

The end of football as we know it?

Unfortunately for football fans around the world, it does not seem like this trend will be ending anytime soon as we hear constant talks of new deals being in the works. It seems that the time of the football mercenaries has arrived. The Steven Gerrards and Frank Lampards of this world are a dying breed. As the players start chasing massive deals, the competitive drive seems to be the one taking the heaviest blows. This even affects us, the fans, in a big way because the old rivalries tend to lose steam and value due to the fact that players on a team don’t really identify with it in the same way.

But there is hope still and this is not the first time something like this has happened. Star name signings and inflated contracts were all too common in the J-League after the 1994 World Cup. Remember when Dunga and Zinho gave up football in the established leagues of Europe and South America respectively and joined the revolution in Japan? Or how about when the massive deals were being put together a couple of years back in the Qatar and Saudi Arabia? We asked the same question then. But after a while, everything went back to normal and in the following years the footballing world was able to watch and enjoy players like Zidane, Henry, Ronaldo, Ronaldinho, C. Ronaldo and Messi ply their trade in the best leagues of the world.

These days, the bombastic trades carry another danger that not many people pay attention to. You see, the game seems to be more popular than ever and you have to wonder, what type of a message is being sent to the fans, especially the young ones. Is there nothing sacred anymore? Can we expect to see Totti and Buffon abandon their second homes for a shiny new one in China or the USA? Who knows. Even Messi, who has been deemed untouchable by Barcelona‘s staff, has been mentioned as a possible transfer target for Hebei China Fortune. As fans, all we can do is hope that this shift of power is not permanent and that another calm period will ensue when the hype dies down.

Now, an argument has to be made that there is a method in all of this madness. Case in point being Dario Conca’s transfer from Fluminense to Guangzhou Evergrande in 2011 for £10m. His arrival sparked Guangzhou’s surge from the second division and helped the team establish themselves as the dominant force in the Chinese Super League. Chinese football is on the rise and the new arrivals will only improve the quality of football in the region. Also taking everything into account, no one in their right mind can blame Oscar from leaving his position of a bench warmer in Chelsea for a lucrative deal and the prospect of being one of, if not the best player in China. Here is a better idea instead, take a look at this chart and tell me do you still believe he made a wrong decision?

As far as the Premier League is concerned, we can only hope that the best players stay put this season because, from the looks of it, it’s going to be a close one. With the top five teams being in contention for the title, the advantage Chelsea has at the moment can melt down in a matter of weeks. Whose to say that they won’t break a record on their own and use all that money they got from China? Maybe this time, the raining cash will splash some excitement on our side of the pitch as well.

Until then we can only keep our fingers crossed that Mourinho’s next outburst is at least half as entertaining as this year’s Chinese transfer market.

Until the next one, Cheers!