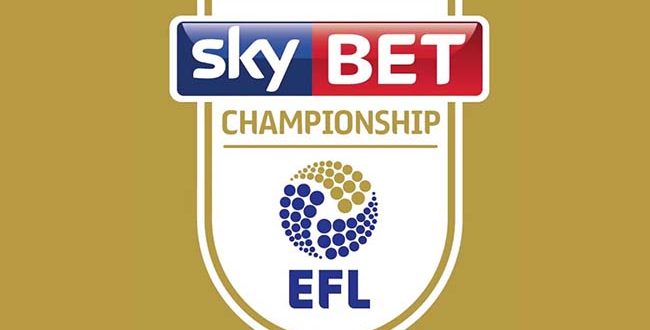 46 games finished and the regular Championship season is over for most sides in the division, apart from the four teams hoping to secure promotion to the Premier League through the play offs. Three games stand in the way of the winner of the four sides competing and winning the final at Wembley on May 29th is considered one of the most lucrative prizes in football. So, just who is coming into their games with form and which sides may not be looking forward to the two legs in a week’s times.

We start with 3rd place Reading, Jaap Stam’s side have found a formula that works and has got them in to this position, which is possession. Keeping the ball which allows them to dictate the game has been at the forefront of the Royals’ game plan this year and it has worked gaining them 26 wins in the Championship, only Newcastle and Brighton have more. Another promising stat is Reading’s form winning seven of their last 10 games, only Fulham have fewer defeats in their last 10 of their play-off rivals which is funny enough, their opponents in the semi-finals. A concerning recurrence for Reading is their leaky defence, only two teams in the top 13 of the league have conceded more than Stam’s side which came unstuck conceding seven goals against Norwich only weeks before the end of the season. This is something they’ll have to address when they play Fulham at the end of the week.

Readings opponents, Fulham finished 6th in the league but they eye catching football probably deserved more for their fans at the cottage. Their free flowing, fast counter attacking style gained them many plaudits this season and deservedly a place in the play offs. With Reading have a poor back four, this could be music to the ears of Fulham who are the leagues joint top scorers with Norwich and Newcastle who have all scored 85 goals this term. This goal tally is 17 more than any other club around them in the play offs. Only losing twice in their final 10 is a resilience they can call on when the semi-finals kick off. Outscoring the opposition has been Fulham’s strongpoint and their attack can score as many as they like when on form which is frightening for Reading to hear who earlier in the season lost 5-1 away at Fulham.

Finishing 4th were Sheffield Wednesday, who won six straight games in a row before losing to Fulham on the final day. The owls built their play-off push on a foundation of a strong defence, the third best in the league behind the top two sides. This allowed players such as Forestieri to roam and create constant threats to opposition defences and create chances at will. A positive stat for the upcoming games against Huddersfield Town is that the Owls are unbeaten against them in their previous seven meetings winning five of those and doing the double over Huddersfield the previous two seasons, a very good omen for the Owls fans in this all Yorkshire play off encounter.

Finally, last but not least is Huddersfield Town, who have been this seasons surprise package under David Wagner. Slipping from 3rd to 5th over the last few weeks isn’t what Town needed but considering they would have played Fulham who hammered them 4-1 three weeks ago maybe it’s just what the terriers needed. The only team in the top 11 of the league who occupy their place with a negative goal difference, Huddersfield have won their games by small margins this season and that solidarity is just what is needed for the promotion push. Wagner’s German formula has worked at the John Smiths Stadium and promotion through the play offs would see of a fantastic year for the club. Possibly the least favourites in this position but anything can happen in the Championship. Form is pivotal at moments like this and only picking up 10 points from a possible 30 at the end of the season is not good news.