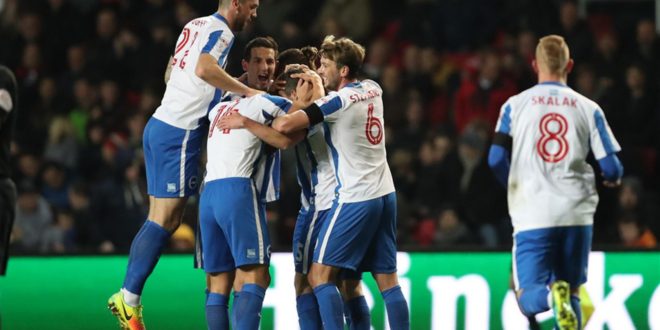 Championship: The ups and downs

With two games to play and automatic promotion finished in the Championship, the only complications left are who will win the title, who will secure the last 3 play off positions and who will join Rotherham in League One next season.

Let’s start with the simple part which is the title race between already promoted Brighton and Newcastle. If second placed Newcastle do not win both of their next games then Brighton only need one point to secure the title.

Brighton: Being Four points clear with two to play means one victory will secure the title for the Seagulls. The only way they can fail to claim the silverware is if they lose both their last games and Newcastle win both, which is highly unlikely as they are the only side in the league who have lost less than 10 games this season.

Newcastle: The Magpies need a miracle and other teams to do them a favour. A win and a draw will only put them level with Brighton if the leaders lose their last two games but superior goal difference means that is an option for the black and whites.

This is where the race for promotion gets serious, the play offs. Leeds are the only team outside the top six who can catch the teams inside it. With two games to play the only teams they can realistically catch are Fulham and Sheffield Wednesday.

Reading: The ball is in the Royals’ court with a point at the weekend at home against Wigan being enough to cement their place in the play offs. Leeds are six points behind with a superior goal difference to Reading but with only one point needed from two, the job should be done for Reading.

Sheffield Wednesday: A trip to Ipswich awaits the Owls on Saturday with them knowing a win will be enough to get there place solidified in the top six. Five points clear of Leeds, Wednesday will want to get the job done without needing any points from the difficult last game where Fulham travel to Hillsborough.

Fulham: Winning convincingly has become a trend for Fulham and their 4-1 win away at Huddersfield last weekend set them up nicely for the remaining fixtures. If they win at home against Brentford and Leeds fail to win against Norwich then a play-off place will be confirmed. A point will be enough as-well for the Londoners if Leeds match there result as they have a much superior goal difference.

Leeds: The Whites have hit a bad run of form at the wrong time of the season, only winning five points from a possible 18. It’s simple enough for the Whites, who realistically must win both of their games to reach the play-offs and nothing less will do.

Prediction: Reading, Sheffield Wednesday and Fulham to finish in the top six.

With Rotherham already relegated after a horrible season only reaching 21 points, there are two more spots ready to send clubs back down into League One. Four clubs can potentially still be relegated, although one needs some sort of miraculous turn around to beat the drop.

Birmingham City: Only two points clear and in no real form, the Blues welcome Huddersfield to St Andrews knowing they need three points. If they fail to win and Blackburn pick up the victory then they will be in the bottom three. City will be hoping their neighbours and rivals Aston Villa can do them a favour by beating Blackburn this weekend.

Blackburn: A win this weekend for Tony Mowbray’s men is vital, three points will really give them an excellent chance of survival on the final day and could even see them start the last day outside the relegation places, if Birmingham fail to beat Huddersfield.

Wigan: Unfortunately for Wigan, only two wins will do which look highly unlikely at this stage as they are against top seven teams in the shape of Reading and Leeds. They will be relegated regardless of their result at the weekend if Birmingham avoid defeat. 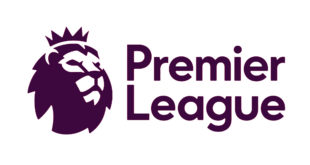 As the wave of relief  dissipates from the newly promoted sides, attention turns to making …