Home » News » Chelsea possibly without Diego Costa next season; What does this mean for Chelsea? 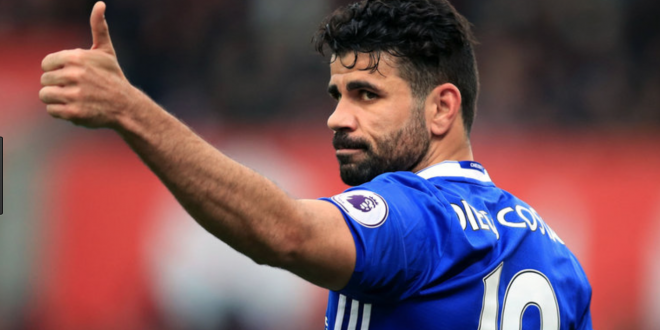 Chelsea possibly without Diego Costa next season; What does this mean for Chelsea?

While Diego Costa was away playing for his international team Spain, he mentioned in an interview that Chelsea’s manager Antonio Conte had sent him a message.  This message apparently said that he was no longer needed at Chelsea and he was not in the first-team plans for next season.

Nothing has been said from Chelsea’s side and it is highly surprising nothing has. People want to know whether it is true or false. Everyone knows what Costa is like on and off the pitch, so it is hard to believe that Conte sent him a message like this.

According to Costa himself, he is waiting for Chelsea to give him the go ahead on his future and where he is going. It is still very odd nothing has come out of the Chelsea camp about his future and what Costa is saying publically. It certainly doesn’t look good from Chelsea.

Costa does have a contract with Chelsea so he can’t just leave. It is completely down to Chelsea on what happens. Since Costa said this, a lot of teams have showed their interest. One of them teams is Atletico Madrid. A team loved by Costa although it would be hard to go there because of their transfer ban. There are now rumours that AC Milan could now be ready to pounce on this opportunity, although nothing else has been said.

So, what does this mean for Chelsea?

They would be losing a big character in the dressing room. He is well known to be a funny guy and to have a good personality within the team. Most importantly, on the pitch he has won two titles in the three seasons he has been at Chelsea. This would be a big loss for Chelsea if he goes. He scored 20 goals this last season in 35 appearances in the Premier League.  Chelsea’s highest goal scorer this season. Who could replace him?

Romelu Lukaku who is currently at Everton, has been reported in the media recently as looking like a transfer back to Chelsea to take Costa’s place. How do they both compare?

Lukaku has outshined Costa in most attacking stats from last season. That includes a high percentage shot conversion rate, shots on target and chances created. He also scored 5 more goals than Costa last season, a total of 25.

If all true, it could lead to a big loss for Chelsea but also the hopes of a top goal scorer taking his place.