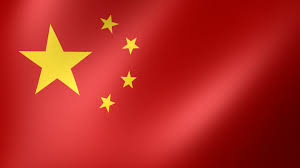 The English Premier League is the most lucrative domestic league in world football, with recent global TV rights deals ballooning to extraordinary multi-billion pound proportions, dwarfing those of the Premier League’s counterparts on the continent and beyond. Premier League clubs also took up eight berths in the top 20 highest revenue-generating football clubs in the world for last season (2015/16) according to Deloitte’s recent report, with Manchester United taking number one spot for the first time in over a decade and ousting Real Madrid from top spot.

All together 5 Premier league teams made the top 10 and even Leicester City’s gargantuan achievements last term moved them into a very satisfactory 20th position. Add to this the Premier League’s transfer spending over recent seasons (with the world record being broken), the smaller clubs (historically) recycling their slice of the global investment pot to increase their strength in depth and a number of clubs vying or having increased their home ground capacities (West Ham, Liverpool, Tottenham & Chelsea to name but a few) and things do indeed look very rosy for the future of the English league.

However, there appears to be a new kid in town with much greater wealth than the EPL and their ambition is very real, having already delved into their very deep pockets and made some ‘second tier’ and ‘surplus to requirements’ footballers some of the highest paid on the world stage. The Chinese Super League (CSL) has an obvious target to become the biggest, but even given their unarguable wealth how realistic is it?

Over the last few seasons the CSL has acquired some of world football’s household names, such as  Carlos Tevez, Demba Ba,  Graziano Pelle, Hulk,  Ezequiel Lavezzi, Ramires, Jackson Martinez and more recently Oscar from Chelsea. It strikes me that the majority of players happy to make the transition are Brazilian, which says more to me about their hunger for money than of their own ambition within their profession. I for one would much prefer to play for an established and famous club steeped in history than a relative newcomer in a far away land but as

many have already shown, money does indeed talk. It is often mentioned that the average length of a player’s career is relatively short lived and people don’t blame them for wanting to make as much as they can during their playing days…but surely £50,000 a week is enough to get by on without needing four or five times that amount as in some cases?

In my opinion, the EPL or any league for that matter cannot appeal to football governing bodies to bring in legislation to try to thwart China’s plans or feel it unjust to be outbid by anyone, in much the same way that other leagues in Europe and around the world probably and currently think about the EPL when it comes along and does and has done likewise. It does raise some very interesting and hypothetical scenarios though, especially if top players applying their trade for elite European clubs see the likes of Demba Ba earning more than them, akin to say Maureen from Driving School being paid more than Lewis Hamilton to race for a lower ranked F1 constructor’s team. Imagine if there was a giant exodus and all the top players were enticed to play in China; how would that affect the riches of the EPL and their comparatively poor owners? What about the future development of larger capacity grounds, the reduction in TV rights deals and the inevitable lower attendances that would follow? It would have a huge impact on the English league, not to mention the other main leagues in Europe.

Another question to raise is whether football fans would capitulate and choose to watch the likes of Shanghai Shenhua versus Guangzhou Evergrande live, even if they did buy up all the world’s greatest players, especially as they are some eight hours ahead.

I remember when the World Cup in USA 1994 (One of my favourites due to a lack of participation by England and Gheorghe Hagi at the peak of his career) spurred talk of Major League Soccer (MLS) looking to do the same then as China is now. There was a real fear amongst some at the time that with their riches and the ‘American lifestyle’ on offer that many top class players would be lured away from the traditional and well established leagues and teams in Europe and South America. Ultimately that didn’t happen and the advancement of the American game has been more a result of it becoming a veritable retirement home for some of the world’s best players in the winter of their careers. Perhaps the CSL will follow the same path with players only choosing to subsidise their pensions with a brief season or two when they can no longer mix it with the younger talent coming through the ranks.

One area where the Americans seem to be ahead of the rest is regarding salary capping, prevalent in some sports, especially American Football. This seems like a very good idea to prevent the richer countries and teams outbidding others, which in turn would help increase competition. It is difficult to see how such a system could be instigated across the world of football given the already crazy amounts being paid in player wages but it could certainly be a way of levelling the playing field for   the majority and making things a lot more exciting.

The current and well documented ‘situation’ at Chelsea with Diego Costa being allegedly offered £30 million a year to play in China will be an interesting story to see unfold. His potential move to the CSL could well become the benchmark for other top class players to use when deciding their own

futures. Having already changed his national allegiance to Spain, having been born in Brazil (again note the Brazilian connection) it appears as though Costa does not concern himself too readily with loyalties. Of course, it may be the case that he is using the offer to try and broker a better deal for himself at Chelsea, especially given his performances this season and with Chelsea seemingly having one hand on the Premiership title already.

I would be very surprised if the Chinese Super League was able to cherry pick the very best players from around the world including the Premier League, given the whole picture and not just taking into account the incredible salaries on offer to the players. It would naturally come down to the individual and whether they chose financial gain over ambition and of course as we have already seen, that is certainly the case for some…but not all surely??