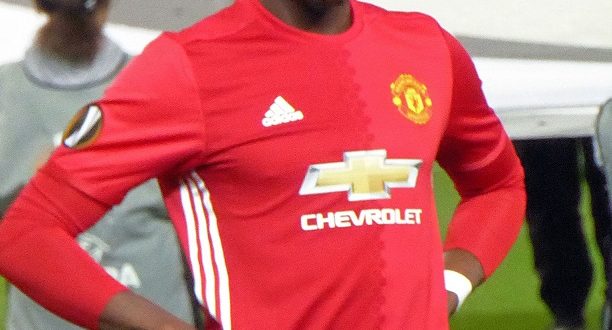 Paul Pogba spent the days and hours building up to Manchester United’s titanic clash against the old enemy Liverpool on twitter, unveiling a shiny new emoji of himself and another unique hair cut.

He was then largely anonymous for the ninety minutes, bar the bonkers ten seconds in which he lost track of Dejan Lovren, jumped aimlessly in the air, unleashed an exquisite dab, and handled in the area gifting Liverpool a penalty.

This was undoubtedly one of Pogba’s more forgettable performances since arriving in England and it was poorly timed from his own point of view. Having unveiled his new emoji, and unashamedly cut his initials into his hair, now an unmissable toxic green, the world was burgeoning with high expectations for a world class performance from the French superstar. What followed did not exactly meet those expectations.

Pogba full on choke slammed Jordan Henderson, bottled a one on one, and then gave away the penalty. A passing accuracy of 71% and a grand total of zero chances created was hardly worth £90 million let alone an emoji. Pogba struggled to make any kind of impact on the game lurching from one mistake to the next.

However, Pogba obviously did not acquire the taste for humble pie, defiantly taking to Instagram to share a picture of his haircut, and some stuff about how life doesn’t always go your way.

Pogba is yet to truly prove his worth in England yet, having scored as many goals as he has had haircuts. He has shown signs of his incredible talent, however. He has been far more influential and integral to his side of late, as well as hitting the frame of the goal on seven occasions with some nearly impossible strikes, but has he shown enough to warrant his own emoji’s and fancy haircuts? That remains to be seen.

If he does get it right, however, Pogba can and will be absolutely devastating.

The Frenchman is just 23 and one bad game does not make him a flop, but perhaps, for now, he would be better served focusing on the football side of the brand he is building.