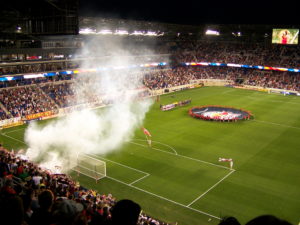 Defense has always been a point of weakness for the NY Red Bulls ,but despite this crack in their armor they have consistently been one of the top teams in MLS with one of the lowest payrolls in the league. The Red Bulls however have seen the story of giving up leads far too often throughout their campaign ontop of their inconsistency in the playoffs.

The Red bulls bolster a quite incredible midfield, attack and not to mention goalkeeper. At striker they have Bradley Wright Phillips who has simply been putitng goals in left and right and he may have some dry streaks but he makes up for them quickly and that is why he is the Golden Boot Winner for 2016. They also have newly returned to the league Sacha Kljestan who has worked in perfectly with BWP and he has topped the chart for most assists in 2016. In goal they have a strong solid goalkeeper , 2015 Goalkeeper of the year Luis Robles.

Looking at their defense there is no real rock.  They have allowed too many goals throughout the season and have added up to an insurmountable number of lost points that could have driven them  to the supporters shield another time.

Gideon Baah seemed to be the rock the Red Bulls were looking for after an incredible performance against Toronto FC and completely neutralizing the attack of former MVP Sebastian Giovinco.  Unfortunately Baah suffered an injury that has had him sidelined for 6 months now, but is expected to be ready for the start of the new season.

With a healthy Gideon Baah , the Red Bulls have a strong pairing with French- Colombian Defender Aurelien Collin. What they need is to have stability on the flanks , and Kemar Lawrence has been strong, but shaky on some occasion and Conor Lade has his moments, but necessarily is a player without a position.

Conor Lade has spent much of his experience alternating between defensive and midfield positions until former Red Bulls coach Mike Petke called for expertise in one or the other. Ultimately Red Bulls need a strong through and through Right Back because Conor Lade is simply a good back-up as of this moment but with another season could be a strong starter.

With Red Bulls currently letting go of fan-favorite and captain Dax McCarty , the fans are in for a huge shake up during these off-season moves. 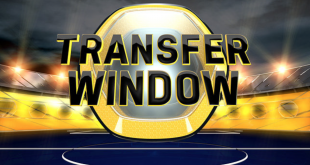 4 players Who Could Leave Liverpool This Summer

Liverpool have only qualified once for the Champions League in the past seven years. Hardly …