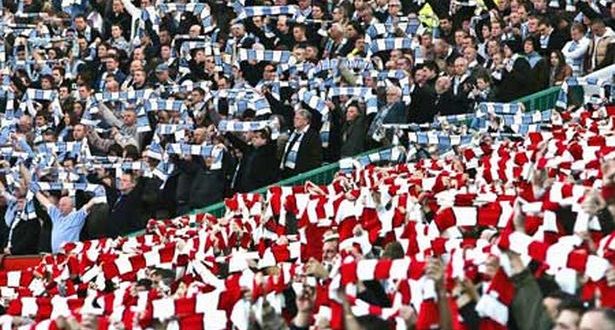 The recent Milan derby was dramatic. Inter took a 2-0 lead before AC Milan made a comeback scoring the equaliser in the last minute of the match. El Clasico was even more spectacular last weekend. A top of the table clash, the Spanish title at stake, Real Madrid down to ten men make it 2-2 then Messi scores the winner in the dying seconds – it doesn’t come much better than that. Derby days and big rival clashes, they are one of the most anticipated and thrilling 90 minutes in the world of football, but which one of these great sporting spectacles is the best? Which match between two teams from the same city or historic rivals tops them all? There are many of these great matches, but which makes the ultimate top three?

In Italy, the top two derby matches has to be the already mentioned Milan against Inter, but just as furiously contested is Roma versus Lazio. Three words some this derby up; passion, intensity and excitement. Drawing incredible crowds, this game had been marred by violence in the past, but the match itself is usually a classic. Roma currently head The Derby della Capitale with 69 wins from 183 games, but is this one of the best derby days in football?

Tensions always run high in Greece and Turkey when the two hottest rivalries in these respective countries play. Olympiakos against Panathinaikos is top of the bill in Greece, emotions run high and with Olympiakos having won 43 league titles compared to Panathinakos’ 20, it is always a battle between the ‘eternal enemies.’ As for the Turkish clash, Galatasaray versus Fenerbahce is another feisty affair, winning this match means everything to each team’s fans. Are these two games your favourite match-ups?

The pick of derbies/rival games in England has to be the clash of the big three footballing cities; Manchester, Liverpool and London. Man United against City is always a hot-blooded encounter on and off the pitch and much anticipated in the footballing world. Given City’s rise to the top in recent years and United’s 20 league titles compared to their rivals 3, this fixture always captures the imagination. England’s longest running derby in top-flight football is the Merseyside derby, this fixture is over 55 years old. Flying tackles, explosive confrontations, this fixture has had the most red cards in Premier League history and is arguably the biggest draw when it comes to Premier League derbies. The biggest match in London, if not in top flight football, is Arsenal against Tottenham. Sparks fly, passions run high and goals are guaranteed – a record 125 have been netted since the Premier League began in 1992. All three of these games must be considered as the best derbies in the sport, but will they make the final three?

In La Liga, the biggest derby match has to be the clash of the Madrid sides; Real and Atletico. This match could be seen as one of the least attractive derby games, El Clasico being the supreme match in Spain, however, sparks can still fly in a game where Atletico look to get one over on Real who are of course kings of the capital and world football.

Schalke versus Borussia Dortmund, Spartak Moscow against CSKA Moscow or Red Star Belgrade versus Partizan Belgrade, they are great rivalries and make thrilling derby days for the fans of these teams in their respective countries, however, the top three clashes have to be as follows:

Of all the games in Scottish football this is the one fans and neutrals want to see. The old firm has to be in the top three due to the unbelievable passion and atmosphere there is when these two most successful Scottish teams meet. Religion plays a massive part in the clash of the Glasgow giants making this match completely distinct from any other derby. The hatred can sometimes boil over on and off the pitch, 1980 saw a riot by fans at Hampden Park after a Celtic 1-0 win. In this fixture, the victories for each team couldn’t be closer, Celtic have won 150 matches, Rangers edge it with 159, 98 drawn, although The Hoops can boost the biggest win margin in a game, a 7-1 Scottish League Cup win in 1957. These dominant and historic teams make this derby one of the most anticipated and thrilling of all time.

This is the match between arguably the biggest and best two clubs in the world. The clash is named El Clasico and it rarely fails to live up to its name. Over the years we have seen some of the greatest players in football battle this riveting rivalry out, Cruyff, Zidane and of course Maradona to name a few. Nowadays, it is all about the clash of the two best players in the world at present, Ronaldo and Messi, but with so much talent on offer, and the fact that these two teams are usually in a two-way battle for the La Liga title, this rival match is a fiery, exhilarating encounter that no football fan wants to miss. Great goals, skill, and a tempo to match, this rivalry clash only narrowly missed out on number one spot…

This bitter rival clash has taken number top spot due to the history of the two clubs, the closeness in numbers of the honours they have won, the intensity to overhaul one another in the trophy department, and the hot-blooded fight between two former industrial cities of the north-west. There has always been a phenomenal conflict connecting these clubs, United overtaking Liverpool in League title wins, 20 to 18, and the Merseyside team having won five European/Champion’s League cups compared to The Red Devil’s three. Both clubs have a world-wide following making this north-west derby the most popular and intriguing of games. Liverpool were the team of the 1970’s and ‘80’s, Manchester United dominating the ‘90’s and the first decade of the 21st century, winning the 2010/11 Premier League, the Old Trafford club moved ahead of Liverpool’s record title wins making the rivalry between the clubs more ferocious than ever. Both clubs boast home-grown talent and footballers who have supported either United or Liverpool and gone onto play for one of them which has intensified the passion to win the game at all costs whether both clubs are in a battle for the league title or not. This match is the game of the season, if not in world football. This rivalry will always be the number one clash for me.

Red cards, goals, atmosphere, full-bloodied tackles, spectacular goals, near misses, high stakes and the overwhelming desire to claim a victory and fan bragging rights. Derby days and riveting rivalries will be the first matches fans look for when the new season’s fixtures are announced and will remain the most anticipated and gripping of matches in football.