Home » News » Die Mannschaft vs Azzurris:Who will have the last smile?

Die Mannschaft vs Azzurris:Who will have the last smile?

The battle of Whites and the Blues has always been an interesting one.Germany and Italy both pride themselves with the tag of four times world champs.But the “Die Mannschaft” are still to beat the “Azzurris” in any major tournament.The question is will they be able to turn the tables this saturday night.

If we go with the stats Germans are preety ahead of the the Italians,but after Wales beating Belgium and Iceland knocking out England nothing can be taken for granted in Euro 2016.In this Euro the Germans are beating the Azzurris in possesion,attacks,shots on target,passing but where they wish they could have also won with a long margine is exactly the place where they are failing.The Germans are only one goal ahead of Italians that is 6:5.With some of the best midfielders and strikers of the world Germans are quite expected of this performance and anything less than Euro Champs will be a defeat for them.However on the otherside Italy without any star players like Pirlo or Balotelli seem to be riding high on the strength of their coach Antonio Conte’s “team game” philosophy.

In the past most of the time Italy has beaten Germany ruthlessly,but tonights game is a different thing.Germany are the reigning world champs and Italy is a team which has shocked the world with its unexpected fighting performance.We have to see that will passionate Conte be able to inspire Italy through a major upset or The Die Mannschaft will keep on their reign. 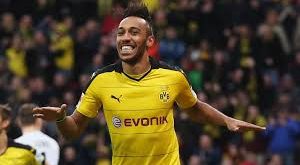