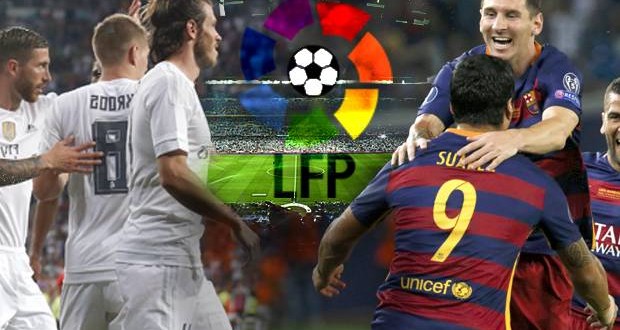 First round: 4-0 and Knockout for Real Madrid. Second round: Same protagonists, different purpose, and a new protagonist. This won’t be any other Clasico like we expect to follow. Following the fascination from the media around the world and fans, we will see two teams with contrasting situations: One team close to be La Liga champion and another one to survive its prestige as a world-class club. However, there are ten aspects to consider this new version of El Clasico would be significantly especial for all football fans around the world.

1. Johan Cruyff’s legacy: First and foremost, this Clasico will be definitely a touching tribute to one of the greatest legends who reshaped -or should we say “reinvented”- football as an art: Johan Cruyff. Being player and coach of the then most successful Barcelona team in the 1990’s, Mr. Cruyff was -perhaps- the one who shaped the Barça style of many years until today. However, Real Madrid fans will also join the rivals in a well deserved tribute: display a mosaic reading “Gracies, Johan” (Thanks, Johan), also in their Barcelona kit. It is expected Real Madrid fans will also respectfully join in the minute of silence.

2. Cristiano out of the Daily Mail’s IX: Questioned by many Madridistas, Cristiano has been always in good shape against small teams. But not being in the best IX means his performance against big teams such as Barcelona or Atletico de Madrid leaves a lot to desire. Even being a top scorer in La Liga with 41 goals, he has not scored against the top four teams. Only Real Madrid fans will decide his future after the Saturday match.

3. The resurrection of Bale: Spent many euros or pounds for the Welsh star, Florentino is under fire about Bale; we thought he was dead football-wise. After many injuries this year, but after his excellent performance last game (4-0 against Sevilla FC), it seems it’s up to him to do his best in El Clasico to prove he was Florentino’s choice after Ronaldo -if he’s hypothetically gone to another club. Who knows?

4. Zidane’s first Clasico as a coach: The new rival for Luis Enrique has the toughest job to, at least, save the club’s prestige: to win in Catalunya, and the UEFA Champions League. As a player, he was always confrontational with Luis Enrique on the field. As a coach, it’s a question mark that only his players on the field will tell what was his purpose at El Clasico. However, he has to cool down if he doesn’t want his players to be heated. No, he’s not Mourinho either. Remember Mourinho’s episode against deceased Tito Vilanova?

5. “Stop the theater, please!”: Honestly, what we expect as fans is to have a well-fought, tactically-smart, technically-rich game between two of the best teams in the world. We don’t want Cristiano to act cocky on the field, Neymar as a diver, Suarez as a crybaby, Pepe as a violent animal, Sergio Ramos as a cheater, etc. We want football, the best football, we want to be entertained in a good way. At least, do it for Cryuff’s sake.

6. Seeing two of the three best goalkeepers in the world: Besides, Neuer – in my opinion-, we will see Bravo and Navas. We will definitely see spectacular saves and blocks like some of us seen throughout the season. Claudio Bravo is definitely a great part of the success of the “azulgranas”, having much less mistakes. I think and insist, Real Madrid owes Keylor Navas so much what he deserves, and not only a big raise: he’s the reason -quite honestly- why Real Madrid is not in the middle of the league table; its defense has left a lot to desire this season. But, leave it to Florentino, if he has some dignity left.

7. It could be a final test for some players: The fate of some players will be decided depending on their performance on Saturday. On Real Madrid’s side, players like James Rodriguez, Isco, and Danilo are on the verge of being off the club depending on how they will do it tomorrow. In the worst case, Florentino will make a club clean-up that involved more than three players. On Barcelona’s side, the team is almost in good shape, but that does not mean none can be off -e.g. Mathieu, Douglas, Vermaelen, Bartra.

8. The MSN’s big advantage over the BBC: It’s undeniable the trident formed by Messi, Suarez, and Neymar is in “state of grace” after Russia 2018’s qualifiers: 2,4 goals per game over 1,9 from the BBC this year so far. Messi led Argentina’s resurrection to win two crucial games against Chile and Bolivia. Suarez’s first goal after a year and excellent performance against Neymar’s Brazil tells he’s the best number 9 of the world. Besides its flaws against Uruguay, Neymar’s great first half performance confirms Brazil tremendously depends on him. On Madrid Size, Ronaldo’s great shape in the last games, Benzema’s scoring efficiency, and Bale’s comeback will guarantee a spectacle for sure.

9. A big chance for non-regular players: Players such as Carvajal, Casemiro, and perhaps Jesé Rodriguez on real Madrid’s side have proved to show better performance than the unconditional players who cover their positions such as Marcelo, Pepe, . In the case of Barcelona, Arda Turan has another chance to fit in the team, Sergi Roberto could oust Rakitic and Iniesta in the future, and Aleix Vidal tried to replace Dani Alves, but Alves lately recovered his shape.

10. Barcelona looking to tie the Clasicos: The team is one victory (91) ahead to draw Real Madrid’s number of games won (92).

A possible Real Madrid’s victory will not only give some hope for clinching for La Liga title -Atletico is also right there, but also cover up their internal problems. A possible Barcelona’s victory will look to not only increase their lead over Real Madrid or Atletico and assure the option to win La Liga title, but to honor a great legend like Cruyff with great football and a unforgettable farewell. Champions League is coming and they might meet in the semifinals though. By now, enjoy the moment!

On a side-note: The Sun claims Messi’s renovation is on hold and Pep Guardiola who will coach the citizens is interested in the Argentinian star. April Fool’s Day news!?