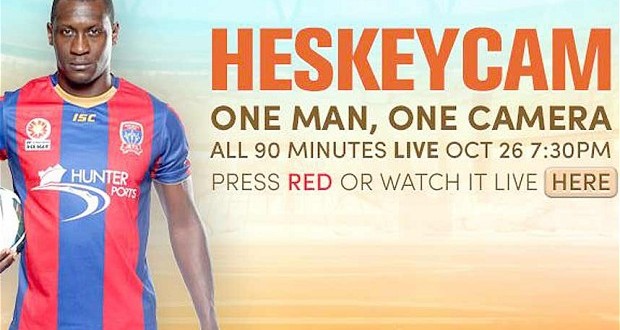 Looks like Heskey’s doing pretty well down under with Newcastle Jets, with their fans making up their own catchy chant aimed at the English frontman. Check out the video below!

Meanwhile, Heskey’s performances have been so good that the sports broadcasters FoxSports have set up their own HeskeyCam – a camera fixed on Emile throughout each of Newcastle Jets’ games! As they put it so elegantly in their own words:

“Heskey Cam gives you it all: one camera, one hero; every pass, every run, everything Heskey does on the pitch, you’ll see it first with the Heskey Cam, the dedicated broadcast providing a rare insight into what makes Heskey so good.”

All jokes aside, I’m glad to see Heskey doing well outside the Premier League – he’s scored 2 goals in 3 games and appears to be enjoying his football again, and who wouldn’t when you’re playing in the sunshine in the same league as footballing legend Alesandro Del Piero.