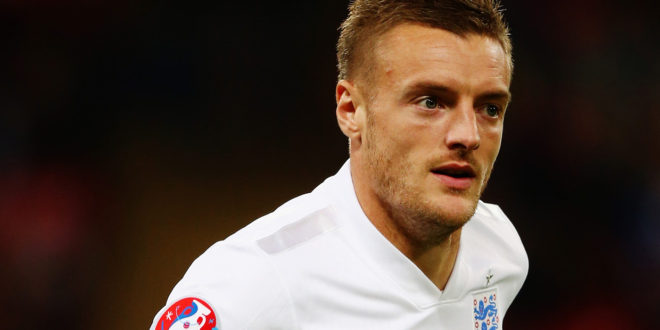 A shocking video has revealed the England and Leicester striker appearing to drop kick a child, reported to be seven years old.

According to witnesses on the scene, the fight broke out after Vardy found out that France were members of the European Union. The striker reportedly attempted to burn a hanging flag of the EU, but couldn’t due to EU regulation on flammable materials. According to people at the scene, this seemed to anger the Leicester man even further, who then lunged at a passing child.

“He just wouldn’t stop hitting him.” One witness said, “The kid was on the floor crying. His black and white striped shirt was covered in blood, and his beret was lying in a puddle nearby.”

The striker’s actions have been condemned by Roy Hodgson, his England teammates and even the (now former) Prime Minister David Cameron. In a recent speech, Cameron said “We cannot have this kind of behaviour in our national football team. The squad are there, representing our country on the international stage, and frankly his actions were unacceptable. We do not want to come across as a violent people. We wish to be seen as good, honest, decent folk, who don’t punch little children in berets. But most of all, we wish to be seen as a country with a growing economy, and a long-term economic plan.”

However, the Russian Sports Minister, Vitaly Mutko, has taken a different stance on the actions. “That’s football. He showed passion, determination. Violence is a natural part of sport. We have to embrace that.” His comments come mere days after organised gangs of Russian hooligans caused chaos in Marseille.

Vardy has recently spoken of the incident in a recent press interview. “I didn’t actually expect us to win the Brexit vote. We’ve finally got our country back, and it’s proper good. Nigel Farage is gonna stop any foreigners from coming to our country. It used to be Great Britain. Then it became not-Great Britain. Now it’s Great Britain again.

“I didn’t expect Jamie to do anything like this.” Said the England manager Roy Hodgson. “It’s a tough time for him. He’s in a strange foreign world. There’s no Full English breakfast here. Just like, fruit, and rubbish like that. Jamie isn’t used to that kind of stuff. He needs time to adjust – nobody’s perfect.”

The child is said to be in a medically induced coma with severe brain damage.