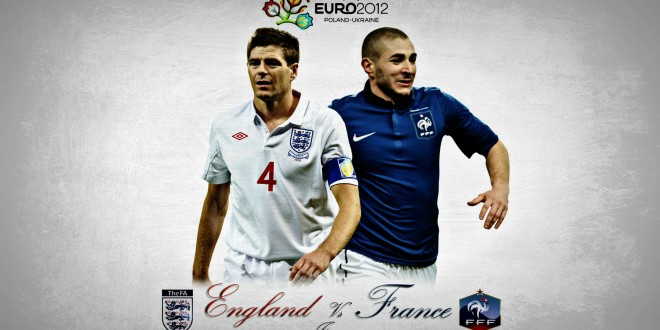 It’s time for the opening game of Group D, France vs England. France along with Russia are many people’s dark horses for this competetion; they are going into the tournament being the world’s most in-form team, being unbeaten in 21 matches winning 15 of them. They have a prolific striker in Benzema, and have attacking midfield talent in Ribery, Nasri and Cabaye. They are certainly looking miles better under Laurent Blanc then they did during the word cup.

England however, have a team riddled with injury, with Ashley Young and Danny Welbeck likely to be the most attacking talent on disposal. It looked like it would be Downing and Milner starting on the wing but there have been reports that Alex Oxlaide-Chamberlain is likely to start instead of Downing which will be a relief for many England fans I’m sure. Considering England are supposed to have no pressure going into this tournament, there still seems to be a lot of controversy being talked about by the press/football pundits including tiny, irrelevant things such as can Terry play on the right side of central defence. Is it just me or does everyone want them all to shut the hell up and just watch the game. O.k rant over.