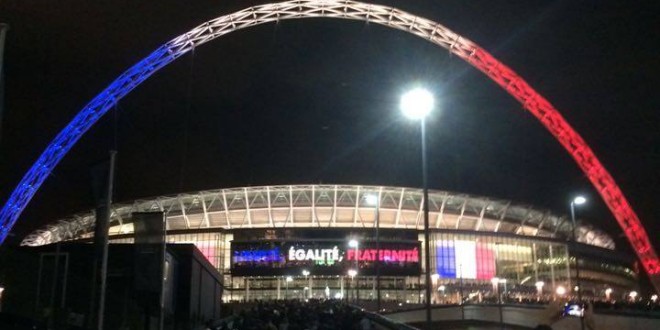 I was lucky enough to get tickets with my brother for England‘s friendly match against France this week and it was a very interesting and emotional game to attend. Following the horrific events of the 13th November there was increased security and a chance to pay respects to those who lost their lives and their families. 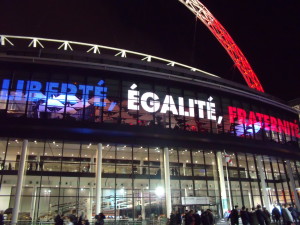 On the approach to Wembley the presence of armed police was very visible and the night was lit up by the huge screens at the front of the stadium showing the French motto and flag. The only other noticeable difference was the noise of police helicopters overhead as another security measure. There was no trouble going to the game and everything was very orderly, the atmosphere was similar to a normal England game with excited fans looking forward to kick off. Once we had gone through the turnstiles there was a quick check to make sure we weren’t carrying anything into the stadium and then we went straight to our seats with no other problems. 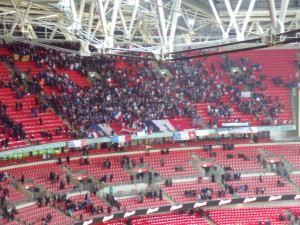 There was a very clear section of French fans with a large amount of French flags, banners and scarves. One particular sign I noticed on the way into the stadium had the message “We are not scared.” Both sides were cheered and applauded as the teams were read out and shortly after they came out of the tunnel to line up. The whole squad stood on the pitch as Prince William, Greg Dyke, Didier Deschamps and David Cameron laid wreaths on the edge of the pitch which remained there for the entire game. In a change to tradition ‘God Save the Queen’ was played first before ‘La Marseillaise’ and the words were displayed on the screens at either end of the pitch. This was the first time that I had ever sung more than one national anthem and a large amount of people joined in with the French people to show support and unity for those affected by the atrocities. As we sung, the east end of Wembley held up cards to form the Tricolore. 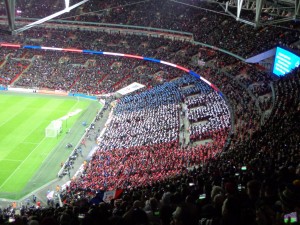 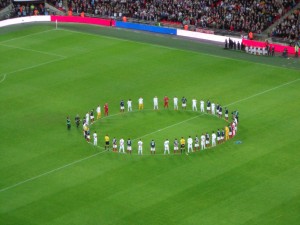 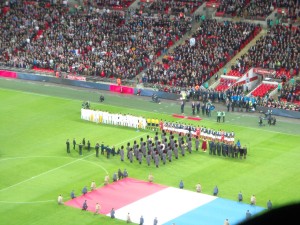 At the end of the anthems and handshakes the players lined the centre circle and mixed so that there was no separation between English and French players. The minute silence was observed brilliantly and once it had finished it was straight into the action. During the game there was clearly a strong support for the French team and Wembley was slightly quieter than usual, apart from that though the game played out no differently from another international match. It was an entertaining game to watch and good to see England recover from their poor performance against Spain. Delle Alli’s goal was well deserved and there were strong performances throughout the England side. The French team didn’t perform to the standard that would normally be expected of them but that is obviously to be understandable in these extraordinary circumstances. There was a touching moment as Lassana Diarra came on for the French, having lost his cousin in the attacks just four days before. I was slightly disappointed that the French didn’t get one goal for their fans who had attended Wembley but the more important part for them was to show strength and support. 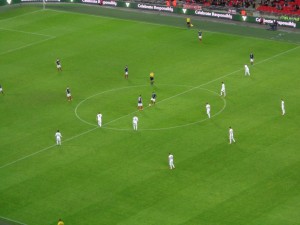 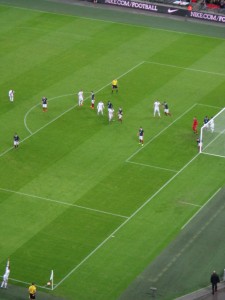 I’ve only experienced an atmosphere like the match on Tuesday once before and it was a good reminder of the positives that sport can provide. The unity displayed by Wembley and the rest of the world for France has been very special. However, it is also important to remember that there are still areas of the world that are affected by these issues on an almost daily basis and that there must be strength and support for everyone who has to face these threats.

22 year old Football Business and Media student at UCFB Wembley. I spend most of my time either talking about, watching or playing sport.