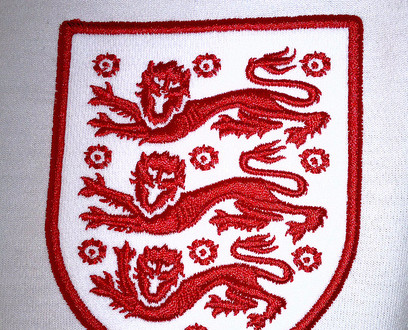 Everyone was under no illusions as to how tough it was going to be for England to progress through a difficult group which was viewed as the “group of death” due to the presence of three former winners (holding seven World Cups between them). However, an early elimination with just one point and two goals scored from three games surely can’t be viewed as anything other than a disaster for a nation with such football-ing pedigree. As with any major tournament, all we’re left with is a series of “what ifs” and as we all know, “if” is the biggest word in football.

The fact that England won’t be playing any further part in Brazil is purely due to our own shortcomings. You can try and draw as many positives from the performances but at this level it’s all about the results and you simply have to get the basics right. There is barely any room for error when you’ve only got three games in the space of a week and a half. More often than not, England didn’t get the basics right. For both of the winning goals conceded to the Italians and the Uruguayans, there was a fatal breakdown in communication and/or anticipation in the heart of defence. The defence was always the biggest worry going into the tournament and how we’d be able to handle the key players we’d face in the group stages. Namely, Andrea Pirlo and Luis Suarez. Again, this was another major failure. Pirlo, whilst not being at his absolute best, was still able to spray passes around almost at will. Suarez, of course, was the difference in the game against Uruguay with his ruthless finishing. 2 goals out of nothing. That is what separates him from the rest at the moment. Therefore, if we’d have been able to do better in stopping these players from having such huge impacts in the two games, we might have come away with more positive results from either or both.

Unfortunately, we weren’t much better at the other end either. We scored two excellent goals but in all three games, some glorious chances were missed and once those opportunities aren’t taken, you can have absolutely no complaints about not getting anywhere at the World Cup. Against Italy, we were quite wasteful in the final third. We had more than enough possession, territory and chances to get at least a draw from the game. Of course, the best chance fell to Wayne Rooney but he failed to take it. The same can be said about yesterday’s lifeless and goalless draw against Costa Rica. Daniel Sturridge had two or three good chances which, in international football, don’t come along very often and have to be converted. Against Uruguay, we lacked a bit of luck. Rooney’s free kick in the first half was inches away from perfection and, dare I say it, matching any one of Pirlo’s classy set piece strikes. Again though, Rooney missed a sitter by his standards before he actually scored.

Not only that but Diego Godin should have been sent off for two of the most blatant bookable offences you’re ever likely to see. If that sending off would have happened, not only would it have made such a big difference for the remainder of that game, it would have also meant that Godin wouldn’t have been available for selection in yesterday’s decisive clash with Italy. Ironically enough, it was Godin that scored the goal to take Uruguay through. Having scored an almost identical goal to make history in La Liga, it was always going to be on the cards. We still have to look at ourselves though. Even with eleven against eleven in that game, we again had the chances to get at least a point. Having levelled at 1-1 with about 15 minutes to go, you’d expect to hold on to one point at the very least.

Even though this tournament has been a total disappointment, I do believe that the future of our national side is bright (or at least, brighter than the present). I know we keep saying it after every tournament that we must do better and will do better but after this tournament, we have two years until the Euros (four years until the next World Cup) to properly “bed in” all of the young talent who have been breaking through this season. The likes of Raheem Sterling, Luke Shaw and Ross Barkley gave me and quite a few others plenty of optimism going into this World Cup but in reality, this year’s tournament came a bit early for them. After two years of regular international football however, we could have an exciting and winning team going into Euro 2016 and beyond. Now would also be the right time for much of the old guard to move on.

All in all, whilst England’s tournament could have easily been so different, it remains a failure for obvious reasons and despite the many “ifs” surrounding it, we simply weren’t good enough and didn’t deserve any more than what we got after the three games. The disappointment which comes with any World Cup is that the adventure has once again ended before it has really begun, you wait four years for it to come around and we’re eliminated within a week and a half. And now we have to endure another four year wait, if we qualify. It could be more. What is certain is that in those four years (or more), we have to make many changes. We need to introduce plenty of new, young and hungry players and somehow adopt a winning mentality. Maybe then we will be able to have a strong showing at a major tournament.