Home » News » European Under-21 Championship – Legends Made, Stars of the Future 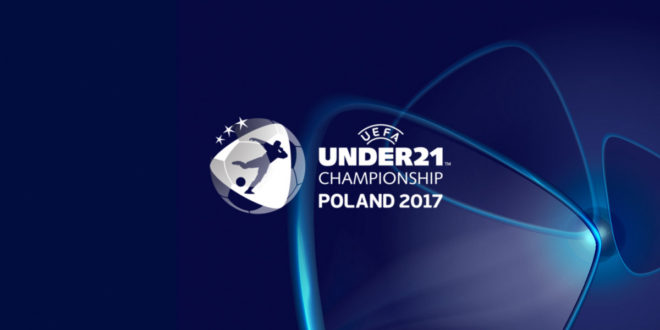 European Under-21 Championship – Legends Made, Stars of the Future

The UEFA European Under-21 Championship is underway. It not only gives everyone missing the domestic football season a chance to enjoy a summer tournament, but it is also a chance to see young talent coming through the ranks and perceive the stars of tomorrow.

A competition held every two years, the Under-21 European Championship is seen as a launch-pad for young players to go onto regularly play first team domestic football and eventually play at senior level internationally. Some of the players on display are in fact already appearing for their club’s first eleven, their talent so evident that their young age is not relevant, only their ability.

Gianluigi Donnarumma is one of those players, and a name to look out for during the tournament. Already breaking records, this Italian wonder-goalie, who plays club football for AC Milan, has been described as one of the one of the most promising young goalkeepers in the world. At just 16 and 242 days old, he was the youngest goalkeeper ever to make a Serie A debut, he also holds the record for youngest debutant for Italy’s under-21 team and senior side – remarkably he has made four appearances for the first eleven national side proving just how good and highly regarded Gianluigi Donnarumma really is. This young shot-stopper has every goalkeeping skill needed in abundance to reach the top and become one of the world’s best, no doubt a talent to admire during the competition.

German midfield player Mahmoud Dahoud is another young player clearly with the capability to go onto greatness. He made his debut for Borussia Mönchengladbach at the age of eighteen and in his three years at the club made 85 appearances. This all-round complete midfielder has it all; accurate passing, a desire to move the team forward in attack, great dribbling skills and an eye for goal from long range. It is no wonder this exceptional young footballer has been snapped up by Borussia Dortmund this summer and you wouldn’t bet against other top European sides looking to sign this talented young midfield player in the future. Remember the name, an exciting youngster to watch out for over the next two weeks.

If you are looking for great attacking players during the European Under-21 Championships then Spanish forward Sandro Ramirez is the player for you. Despite being released by Barcelona after only 17 senior appearances, this young player has had top clubs on alert as a potential signing after a magnificent first season with new club Malaga. He scored 14 goals in Spain during the 2016/17 season as well as a satisfying and incredible goal against his former side Barcelona where he dribbled from his own half then hit the back of the net, it was the perfect solo effort. Three appearances for the Spanish under-21 side to his name, this star-in-the-making has more to give and is a special young attacking player to marvel over during the competition.

As well as the above talent to keep us engrossed in this tournament, we can also enjoy watching some of England’s up and coming young players also. Despite the under-21 Three Lion’s side labouring to a 0-0 draw with Sweden last night, England were one of the pre-tournament favourites to lift the trophy and will be looking to do well in the competition. It won’t be an easy feat with the likes of Spain and Portugal all gunning for victory, but with players like goalkeeper Jordan Pickford, defenders Rob Holding and Mason Holgate along with forward Tammy Abraham, there is plenty of English talent to admire during the tournament and the possibility that England can go all the way in the Under-21 European Championship.

Legends of the game have all taken part in this competition over the years during their youthful playing days. Luis Figo, Juan Mata, David Sukar, Fabio Cannavaro and Andrea Pirlo, who all won the ‘Golden Player’ award (The best player of the championship) have all made a name for themselves in this tournament and have gone on to become some of the world’s best footballers.

The young stars of the 2017 Under-21 European Championship will be fantastic to watch over the next two weeks and they will be looking to follow in the footsteps of the great and iconic players who have featured in this exciting, stepping-stone to stardom and excellence, competition.