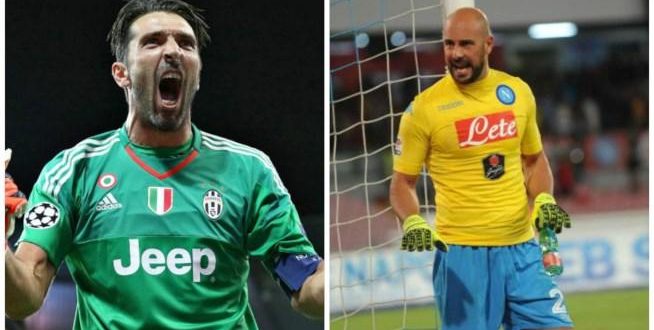 For Free: The Top Three

With the football season coming to a close, thoughts will start to turn to summer transfers. Speculations, rumours, surprise signings and big money buys, the end of season transfer window is always exciting, and this year, it will be all the more thrilling by the big name players who are out of contract. Buying any footballer on a free transfer is good business, but if it is a top player in Europe who would normally have had a multi-million pound price tag slapped on them, then that would have to be considered one of the deals of the summer.

The forthcoming transfer window is looking like one of the best in recent years for signing a great player on a free transfer, with many footballers in the top leagues out of contract in the coming months. A deal from their current club may be on the table or pending, but what could be one clubs loss, could well be another incredible gain.

So let’s take a look at some of the big names who could be heading for a top free transfer this summer, starting with the stars of the Premier League. Emre Can of Liverpool, centre-back James Collins currently at West Ham are a few names that catch the eye and are presently available on a free transfer if they do not sign a new contract with their current club, but who makes the top three? Three very different midfield players with bags of English football experience and all with the talent and something distinctive to add to any team – an extra coup being signing them for free…

3 – Yohan Cabaye
This current Crystal Palace midfield player may be the wrong side of thirty, but with Premier League and European experience as well as still being able to control and supply great passes through midfield, Cabaye would be a fantastic signing for a club looking for a knowledgeable player who can hold his own in the centre of the park – even better if he comes without a price tag,

2 – Marouane Fellaini
The Manchester United midfielder has had a mixed career to date at Old Trafford. Despite scoring some vital goals for the club and both Jose Mourinho and former manager Van Gaal holding him in high regard, at times, the big Belgium has been made a scapegoat for losses and team form. However, having made such a great impact at former club Everton, and during his time in the Premier League he has had a 77% tackle success rate as well as having a fantastic ariel advantage, a free Fellaini could be the steal of the summer.

1 – Jack Wilshere
Once one of Arsenals and England’s best prospects, he somewhat lost his way on the pitch due to injuries and Wenger’s Mesut Ozil signing. However, at the peak of his career at aged 26, he had a hugely successful loan spell at Bournemouth two years ago, he has the best dribble rate in the league from midfield as well as a 75% tackle success. Wilshere has great vision, passing and holding midfield skills, he has worked his way back into the Arsenal side but given the opportunity to play continuous first team football, he could easily become one of the transfers of the window – and getting Wilshere for free would be a fantastic deal.

Some top and interesting names catch the eye in the big European leagues also. Two super Serie A centre-backs Andrea Barzagli of Juventus and Atalanta’s Andrea Barzagli are both out of contract in the summer making them a possible free signing. In Germany Franck Ribery could also be signed for nothing – he may be an ageing winger but his knowledge of the game is second to none, but who is the top three who could leave for free?

3 – Pepe Reina
This goalkeeper was good when he was between the sticks at Liverpool, but now he has to be considered a great shot-stopper since moving to Napoli. The Italian team came second in Serie A this season, it has been a much improved campaign mainly thanks to Reina’s 17 clean sheets and excellent displays between the Napoli sticks. Rejuvenated and more than just a safe pair of hands, Reina would be a super signing, even more so with no price tag.

2 – Arjen Robben
He might be nearing the end of his career age-wise, but this player still has a tremendous amount to give any club and can still turn on the style on the pitch. Robben’s not as quick as he was on the wing, but his skill on the ball and dribbling is as good as it has ever been, and his experience of the game is second-to-none. This great German could still be a superb signing, and that lucky club would get him for free.

1 – Gianluigi Buffon
This incredible Italian goalkeeper has to take top spot purely for his longevity in the game, his super shot stopping skills and the fact that he would be an amazing addition to a side looking for one of the greatest ‘keepers of all time. Unbelievably, he is still playing at the highest level even at the wrong side of forty. Having won everything in the game apart from the Champion’s League, perhaps a move for free to a team playing in Europe’s top competition could be the perfect outcome – a wonderful goalkeeper for nothing and a second chance for Buffon to try and win that illustrious medal. Even if he only plays on for another year, it would be twelve months of a special free signing.

It remains to be seen if any of the players mentioned will sign a new contract with their current side or have clubs chasing them on a free transfer. This summer could be a record for money spent on signings, but the best transfer could still be the one that costs a club absolutely nothing. Any of the above players could be the signing of the window, made all the sweeter by paying a big fat zero for their superb services.