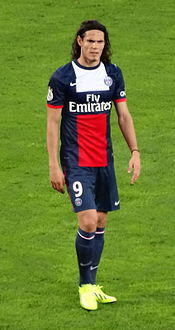 Nice have undoubtedly been the surprise package of French football this season as they sit top of the table at the halfway stage.

Monaco are finally back among the big clubs in France and sit in second place, closely followed by PSG in third, who evidently are missing front man Zlatan Ibrahimovic. Lyon are in fourth place, while Marseille are somewhat off the pace this year in sixth.

The ever-controversial Mario Balotelli has hit the headlines all season for both the right and wrong reasons, however he has chipped in with a fantastic eight goals to give his side such a fantastic position at this stage.

Edinson Cavani has scored a remarkable 18 goals, and Jean Michael Seri’s eight assists has helped Nice along the way.

Yet again more young talent is emerging through the ranks of various clubs, and so other leagues may welcome the import of this French talent which has been so popular and effective throughout the years.