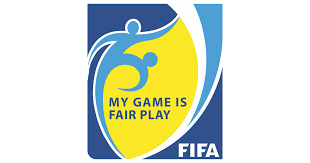 An Historic Advancement in Football

The Future of Football – For the Good of the Game

The current FIFA president, Gianni Infantino, must have been reading my article from 24 November last year (Are You Blind Referee – It’s Surely TMO For A Change https://footyblog.net/blind-referee-surely-tmo-change/ ) as the race to develop the beautiful game by

use of a Video Assistant Referee (VAR) has certainly and steadily gained momentum, having most prominently been trialled at the World Club Championships in December last year and more recently and again successfully during International Friendly matches. Its success has promoted the concept further and is now on Infantino’s World Cup 2018 wish-list.

The France v Spain encounter on Tuesday evening (28 March 2017) was real proof, if proof were in fact needed, that the use of a video referee would help bring to an end the potential for poor decisions to be made by the man in the middle, who for too long has stood as an autonomist, directly and singularly affecting the outcome of games no matter his perceived intentions or levels of aptitude. The referee should never have been tasked with making every single decision on the pitch in the first place and despite a noticeable advance in the communication amongst

presiding officials, there is nothing more telling than the big eye in the sky. It has seemed ridiculous to me and to many others that we, the avid viewer at home watching the matches from the comfort of our own armchairs, were privy to the broadcaster’s replays from every conceivable angle seconds after an incident (and therefore always perpetuated by a break in play) and yet this same video footage wasn’t readily being utilised by the individuals that could actually decide the game and who would benefit the most from the technology.

It was great to hear Didier Deschamps championing the development of the game with the use of the VAR despite his team losing and detrimentally affected (twice) by the new TV ref, intimating that the winner at the end of the day is fairplay and that his team may well benefit from the same system at some stage in the future.

I have kept my eye on the discussion centring on the introduction of the VAR into topflight domestic leagues and International competitions and cannot comprehend those that suggest the system will eradicate the ‘heated debate’ element come Monday morning when back at work. Not every decision will be clear cut despite the use of television replays as we have those (replays) now on MOTD and during live games and yet there are still plenty of grey areas for pundits to consider and make their own judgement, especially the concept of the player’s ‘intentions’.

The video ref will instil a greater level of fairness for every team, prevent the big teams having everything their own way (especially on their home grounds), remove a great deal of injustice following incorrect refereeing decisions, eradicate diving and cheating, punish players for off the ball altercations there and then instead of retrospective bans following games and confirm if goal scorers were on or offside. There will be little or no ‘interruption’ in play, which many perceive, as the TV ref will only interact with the referee IF there has been an error, an infringement has been spotted or when requesting a quick confirmatory check.

I am elated to see that positive steps are at last being made to help reassert and address the integrity of the beautiful game and develop it for the better, ensuring fans witness football the way it should be played and contested and not allowing cheats, divers, thugs and incorrect refereeing decisions to settle or detrimentally affect matches.

I was further buoyed this week by the head of UEFA, Aleksander Ceferin, who recently revealed that he vows to introduce some pretty tough measures into the European game, with taxes and rules put in place to prevent the larger clubs from monopolising upcoming talent, addressing squad and salary quotients and making a more level playing field to promote competitiveness and fairplay moving forwards. Bravo Bravo.