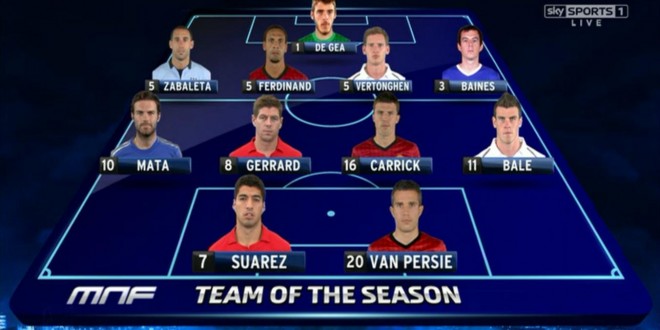 Gary Neville’s Team Of The Season

Its worth noting that Gary Neville’s Premier League team of the 2012/2013 season is pretty much exactly the same as the PFA team of the season apart from Steven Gerrard has come in to replace Eden Hazard. I think this is a more sensible move as it brings a lot more balance to the team – I think it would be too attacking otherwise with Hazard, Bale and Mata. Carrick and Gerrard would make for a more secure midfield partnership. 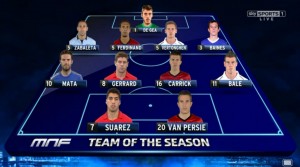