Home » News » How to Get the Best Out of Belgium! 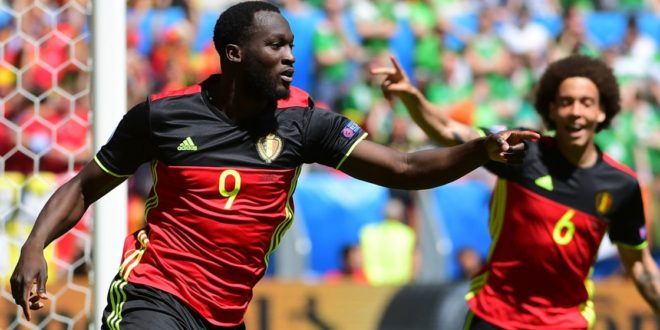 How to Get the Best Out of Belgium!

Belgium were expertly dismantled by Italy in their opening game of Euro 2016, and the ease of which it happened suggests that Marc Wilmots doesn’t get the best out of his team. Italy looked like a proper team playing to their strengths whereas Belgium looked like a team of individuals that didn’t have a clear way of understanding of how to play at their best.

On top of this, Belgium were beaten by an incredible performance from Wales in the quarter finals in an emotional night in Lille.

Belgium have a team full of quality that certainly has the potential to be European and World champions if you get the best out of them because they have a deep understanding of how each other play which was ingrained in them when they graduated through the youth teams together. However, some of the players don’t have many tournaments left, and there’s increasing pressure to get the best out of this ‘golden generation’ before the players retire.

In terms of their tournament performance, they played well against Ireland, got the job done against Sweden, and expertly dismantled Hungary on the counter-attack. However, no disrespect to those teams, but I feel that none of those teams was a proper test for them. The quality of individual players such as Kevin De Bruyne and Eden Hazard rather than the strength of the team won them the matches.

They have a good enough side to brush aside most teams, but when the games get tough, and the team needs to stay strong to pull through they fall apart when it matters most. This suggests that they aren’t fully integrated into a team which benefits them all because they have great players, but it seems to be a group of individuals which is the end result.

It is important to note that they have had quite a few major injuries in the build up to and during the tournaments such as Vincent Kompany, Nicolas Lombaerts, Mousa Dembele and Jan Vertonghen, but they certainly had more than capable replacements.

This article looks at how the team could be improved through certain adaptations which could transform them from a group of gifted individuals into a world beating team that is more than the sum of their parts.

Splitting the Tottenham centre back partnership during the tournament was a major mistake because Vertonghen was having to play out of position in the left back role, and his replacement Vermaelen wasn’t good enough to warrant it. If Kompany is fit then it is worth putting him in the centre alongside Alderweireld because of his quality and leadership ability.

However, Kompany has been suffering reoccurring injuries which may plague his career from now on, so Alderweireld and Vertonghen should be first choice centre backs ahead of Vermaelen if Kompany is unavailable because of the understanding they have with each other which has been boosted by playing together all season at Tottenham.

This leads on from the previous point because Vertonghen was often played as left back due to his defensive skill, but this was hindering the team because they had little width due to him being a natural centre back rather than a full back. To improve their attacking capability Belgium needs to use attacking minded full backs such as Thomas Meunier who was increasingly used throughout the tournament and Jordan Lukaku.

Their lack of width inhibited them during the tournament because two of their goals came from wonder strikes by Radja Nainggolan, and the majority of the rest of them came from the counter attacks which shows how hard it was for them to break down teams that were set up. Using natural full backs improves them offensively because as said above they give width to the team which is important when breaking down teams due to moving the ball quickly from one side to another in order to create gaps in the other team, and it also improves them defensively because they are a much more solid unit due to the players fully understanding their roles. This means they are less likely to be caught out in terms of positioning and so forth.

Having two defensive midfielders in an international team seems to be increasingly becoming a smart decision due to international tournament football often being cagey affairs due to the stakes that are on the line. However, this doesn’t seem to benefit Belgium in the important matches, and a change in this area could help them significantly.

Dembele was injured for the majority of the tournament, so Axel Witsel and Radja Nainggolan were the first choice defensive midfielders for the 4-2-3-1 formation they play. If Dembele is fit then he should start in the team but being alongside Radja Nainggolan doesn’t necessarily suit him. If he isn’t playing then Belgium should switch to having just Radja Nainggolan in that role because he is better at the role overall than Witsel, and is specifically better with the ball in the final third with his two goals in the tournament being an example of this.

Taking away the extra defensive midfielder gives the team an extra attacking option which could be useful when trying to break down an organised team in the final stages of a tournament because they will have an extra attacking minded player in the final third which would make it less likely that their possession would be wasted.

One of the potential opportunities created by reducing the amount of defensive midfielders is having an extra striker to support Romelu Lukaku who can often fluctuate between being amazing in matches to completely invisible. An extra striker would allow more movement off the ball which gives the creative players an extra option, and it would also increase their threat from set pieces and crosses due to the added aerial threat.

Having two strikers makes the jobs of the centre backs from the opposition team much harder which makes it riskier for them to hold a higher defensive line, and therefore reduces the compactness of the opposition team which would allow Belgium to dominate in the midfield. It also allows Lukaku a link up further up the field, and this reduces the risk of him becoming isolated which can easily happen in the games against the top teams.

Belgium would benefit from an extra striker because they have a variety of great options to choose from. Divock Origi offers lots of movement off the ball which gives Lukaku more space in the opposition half, Christian Benteke gives Belgium a strong aerial threat, and Michy Batshuayi is another player in a similar build to Lukaku with an expert eye for goal.

If they don’t set up like this at the beginning of a match against one of the stronger teams then they should definitely consider doing it at some point unless of course they are winning at half time or score early in the second half in which case defensive substitutions would probably be the smart way to go.

The added attacking option gives the team a lot of different formations that they can use which gives them the variety needed to adapt to the different styles from the best teams in Europe such as France, Germany, Italy and Spain. They can either play with an extra striker as mentioned above in a 4-1-3-2 formation, four attacking midfielders in a 4-1-4-1 formation or a 4-4-2 diamond with De Bruyne just behind the two strikers.

Playing a 4-1-4-1 formation would allow Dembele to play further up the pitch, so he could have the ball in more dangerous areas, but it would also allow him to drop deep to pick up the ball and get it moving as well as dictate the tempo of the play which would suit him better than sitting in front of the defence. However, any of these attacking formations would suit them better than the 4-2-3-1 that they currently use.

This shows how they can set up differently which makes it harder for teams to set up and contain them with this increasing their chances of them doing well in the important matches in tournaments where they usually seem to struggle.

These five changes could significantly improve Belgium’s chances in the next few tournaments because they increase the strength of the team and therefore get the best out of the highly skilled individuals they have at their disposal. However, it remains to be seen whether Marc Wilmots will get the chance to take Belgium to another tournament after another disappointing performance or another manager will get the chance with this talented team.