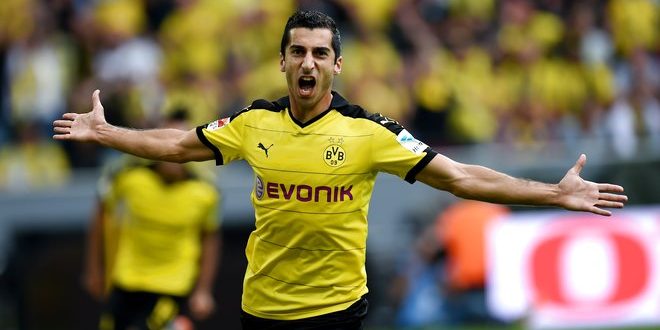 Ilkay Gundogan: Henrikh Mkhitaryan ‘will have a big, big impact for Manchester United’.

Ilkay Gundogan who recently moved from Dortmund to Manchester City believes Manchester United’s newest signing, Henrikh Mkhitaryan ‘ will have a big, big impact ’ if he continues to play the way he did for Borussia Dortmund last season.

Although Gundogan has moved to join rivals Manchester City, the Germany midfielder wants nothing but the best for Mkhitaryan and predicts he will be a success once he settles in. 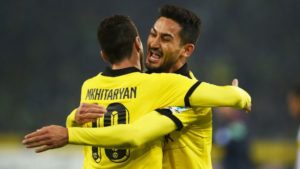 ‘Henrikh has been at Dortmund for three years. The first two years were not so easy for him, to be honest’

‘He’s a player who needs self-confidence, who needs to play every time and prove himself to get better and better.

‘At this time, we were not so successful, so it was not easy for him to adapt. He had a few problems.

‘But when you see how he played last year, it was really incredible. Maybe he was the most important player for us last year.

‘If he can go on like this, he will have a big, big impact for Manchester Unites, and a big plus. I wish him the best, and to stay healthy’

After a rocky first season, the 27-year-old player was involved in 49 of Dortmund’s goals last year, scoring 23 goals and assisting a further 26 during Thomas Tuchel’s first season in charge.