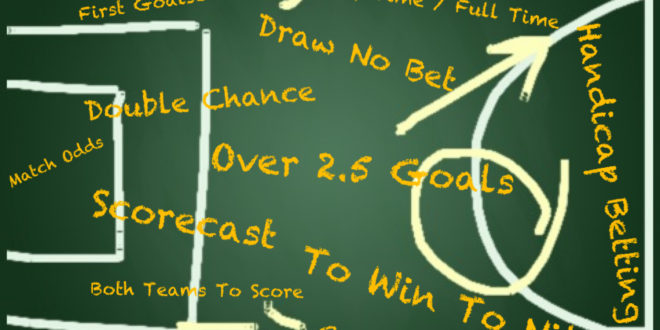 You can make a living betting on football, you just have to know how

How to make a living as a professional football gambler

Before we even get into the details, let’s clear out the air regarding some very common misconceptions about football and gambling in general. There is a difference between gambling and betting. Gambling is a form of entertainment while betting is a job, and a pretty serious one at that. Most of the football punters are actually gamblers. This is not an insult or any type of label; it’s just the state of things. The other thing that I want to debunk is something you’ve probably already heard (or even said it yourself): The games are fixed. That is simply not the case. Well, most of the time anyways. That is just a bitter cry of a disappointed punter. The last thing that needs to be mentioned is kinda the whole point of this article; gamblers lose money, bettors earn it (notice I didn’t say they win it). So let’s get the gist of it.

Some would say this is the same thing, and those people would be wrong, very wrong. Football gamblers play mostly accumulators, they bet on their favorite teams, they play without strategy usually guided by the promise of striking it big. And the biggest problem of all, they often play well beyond their means.

To clarify this, let’s look at an example: a typical bloke that plays a Saturday afternoon accumulator is backing:

And if he has £40 in his pocket, he places at least £10 on it. And don’t get me wrong, this can easily be a winning slip, granting him massive winnings, but how often will he win like that?

Another thing that gamblers don’t do is keep track of money spent vs money won. Most of the gamblers would say that they are probably in the green or right around breaking even. Again, if that were the case, would there be so many bet shops all around the country if nobody is losing money?

So what exactly do bettors do differently that makes them profitable? Most of all, they are disciplined. Professional football bettors are not in it for the glory or fun, they are in it for the money. Take a look at a couple of bits of advice from bettors with proven winning records.

The reason why bet shops are able to stay in the business is because more than 90% of the players are playing accumulators. Professional bettors almost exclusively play single bets, doubles, and rarely trebles. This is because the odds are almost never good enough to cover the probability of an outcome. In other words, the luck factor plays a lot bigger role in the outcome of a bet if you play accumulators. In order to continuously stay profitable, professional bettors constantly downplay the luck factor to a minimum. Most of them actually are not all that smarter than an average punter, they just don’t aim for one big payout. Instead, they grind it out.

Information is the key

Profitable bettors are not placing bets without previous research. They check out all the stats, roster changes, injury lists, team rumors, pitch conditions, future schedule and past games, even the referee. Did you know that younger refs dish out 1.2 yellow cards more on average than their older colleagues? Based on all that info and the odds, of course, they make an educated decision whether to place a bet or not. For most casual players, that is too much effort, but for profitable bettors, this is all part of the job.

One of the most important components of professional betting is bankroll management. There are only a couple of rules you need to follow:

All of this is pretty self-explanatory, but the thing I would really like to point out is that you should consider your bets as an investment. So often do you see people regarding their losing bets as money down the drain, but professional bettors don’t. The golden rule is: if you would feel sorry if a bet doesn’t win, you shouldn’t place it at all. This means that you should never get emotional about your bets. If you start to do that, you will get pretty upset pretty quick and lose your composure. That will in terms lose you money.

This is perhaps one of the most obvious and yet most underrated things about betting. Professional bettors are always considering the long-term effects of their actions. This requires some discipline, but it is the most important principle of their business. Let’s break it down with a simple example.

Any bettor, both casual and professional, would agree that on average they can pick one winning single bet a day. The logic is: why wouldn’t you do that every day for a month, and with some luck, you would have 20-22 winning and 8-10 losing bets. That would be profitable right? The thing is, with this method, there is no single great win and you don’t get the money all at once, but in increments. That’s why most of the players can’t stick with it and they go back to staking accumulators. But the only profitable strategy is to play the long game. It is hard, it is slow, but it is also effective.

There are many other details that go into the process of becoming a profitable football punter, but following just a couple of these simple rules will for sure put you on the right path. And if not, at least it would open your eyes to the fact that professional betting is not entertainment, but a job requiring a lot of effort.