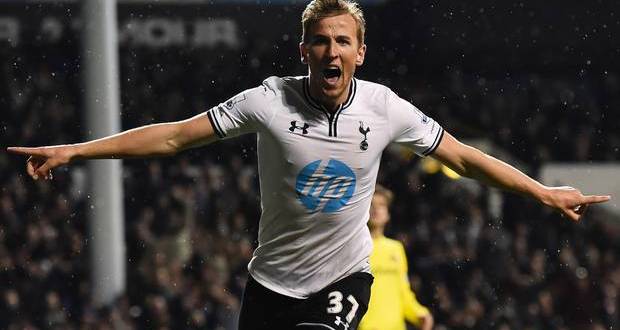 This season, a young English striker has risen to prominence in the Premier League, and I’m not talking about Saido Berahino, Charlie Austin or Danny Ings, no, I’m talking about Harry Kane, who along with Christian Eriksen, is dragging Tottenham along and keeping their possibility of Champions League football alive.

As a Tottenham fan, it has been a good few years since I have witnessed a striker consistently contributing to the Tottenham team. How I have wished for another partnership of Berbatov and Keane to be replicated. Many have tried over the years, but it has inevitably been their inconsistency that has had them undone. Adebayor showed glimpses of why Many City paid so much for him but has since dropped down the pecking order, Crouch and Van Der Vaart lit up the Lane for just one season, Dempsey looked like half the player he was at Fulham, Defoe drifted in and out of the goals before his move to Canada and lets not even get started on Soldado! However, a young man has risen through the Tottenham ranks and is now leading the line for a Tottenham side in winning ways.

Harry Kane’s record so far this season is impressive, he has scored 13 goals in 22 appearances in all competitions and it is no wonder that he is keeping a £30 million striker on the bench. He scored a hat-trick in the Europa league, hopefully the first of many, and even went on to finish playing in between the sticks after a Hugo Lloris injury. He has also played 10 times for the England U21 Internationals and has already racked up 8 goals. Yes, Harry Kane has become essential to club and country, but is he just a short term fix?

Last season did not go too well for Kane, whenever he was played or brought on he never really looked like he had the pace or quality to compete against Premier League opposition. However he has since matured, his lack of pace works against him but he makes up for this by his tremendous positional play. He is young, energetic and hardworking and hopefully his bright start does not fade away. As not only a Tottenham fan but an England fan as well, I am willing him on to become a true great, as he certainly has all the attributes.

One thing I like about Pochettino is the faith he shows in youngsters, much like his predecessor Tim Sherwood, the Argentinian has stuck with Bentaleb and Kane, as well as giving Ryan Mason his first solid run of Premier League games. Let’s hope that even if the goals dry up for Kane, Pochettino sticks with him, as his form so far is no fluke, and he has potential that we have not seen in a striker for a long time.