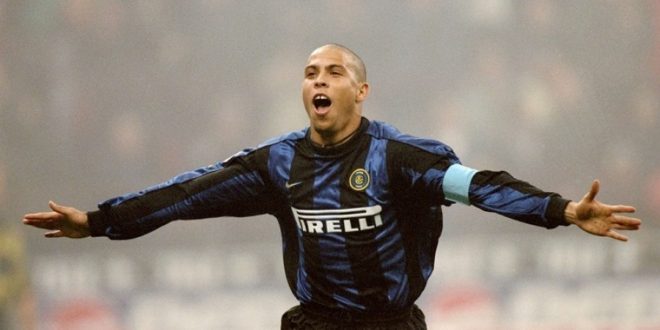 Following the sacking of Frank de Boar, one of the giants of European football, Inter Milan, are currently a club in decline. It seems a life time ago that football fans during the 90’s would settle down on a Sunday afternoon for football Italia and look forward to watching the stars of this San Siro team.

Inter Milan are now looking for their ninth manager in five years since the Dutchman’s dismissal and have slid down the Serie A table this season. The Italian club last won the Scudetto in 2010 and Coppa Italia in 2011 but have employed unsuccessful managers since those wins; Gian Piero Gasperini, Claudio Ranieri and Andrea Stramaccioni. It would seem it is going to take something special to turn the fortunes of this club around.

A fifth defeat of the season and the sacking of a manager who has only lasted 85 days in the job summed up the dismal state Inter Milan have fallen into. It’s a far cry from the treble winning days under Jose Mourinho or when they were capturing the signatures of the best players in the world – the signing of Brazilian Ronaldo for a world record fee in 1997 is something the Nerazzurri can only dream of now; and it would seem attracting any big names to Inter Milan is just one of the club’s problems with critics suggesting players would rather sign for Juventus or Napoli.

Another problem for Inter Milan is they seem to have lost their identity. Italian players have been the core of their teams over the years, all of which held great affection for the club. Cristiano Zanetti, Christian Vieri and Marco Materazzi are just a few of the Italian footballers who made over 100 appearances for Inter Milan, and who could forget the great Roberto Baggio who, despite nearing the end of his career when he joined the club, still played a major role in the team and took Inter Milan to his heart. Italian players like these, and some elite foreign footballers thrown into the mix, made Inter Milan a force to be reckoned with as well as having a winning combination. In recent times the Nerazzurri have struggled to attract any big-name signings whether it be Italian or the world’s best.

The latter years have seen the club change ownership so many times it is no wonder the club have lost their way. The Italian Massimo Moratti was the president of Inter Milan from 1995 to 2013 and a major stake holder. It is rumored he spent his own fortune on the club, buying world-class footballers totaling over one billion pounds; all money, it is said, out of his own pocket. Various foreign companies have taken over the reins in recent years, none of which have any emotional connection to Italian football let alone Inter Milan; it would seem this has played a big part in the club’s decline.

At present, it appears Inter Milan’s struggles are set to continue as they go in search of their 80th manager in the club’s history. An Italian should be the first ‘must’ on the club’s wish list, or someone who really cares for this great Serie A side. If they can accomplish this then it may be a start in rebuilding Inter Milan’s identity. Either way, with the Milan derby less than two weeks away, the current team need to draw on past characteristics and put every effort into winning the match. It won’t make up for the recent failures, but it would be a start in bringing the historical, once prestigious Inter Milan back to where the club belongs; as one of the best clubs in European football.