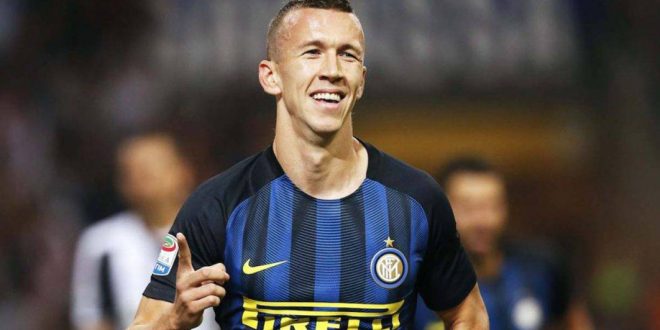 Inter Milan are one of the teams gunning for Serie A glory this season. It will take something special to stop six-time champion’s Juventus but if one man can be the difference as to whether the San Siro club can finish top in Italy come May, then it is Ivan Perisic. The Croatian winger looked set for a big money move to a top side in Europe during the summer, a transfer which would have ensured Champion’s league football this season for Perisic, but after reports he was on the brink of switching clubs, Inter’s number 44 signed a new deal with the San Siro club and has made a spectacular start to the 2017/18 Serie A season.

Some of the credit for the Croatian’s stunning form and persuading him to pen a new deal has to be given to Inter’s head coach Luciano Spalletti. Reports suggest Perisic’s new contract will run until 2022 with no get-out clause, part of the deal is a promise that the club will close the gap on their European counterparts and return to the Champion’s league – something the club have not done since 2012. Whatever the reason for the winger staying in Italy, it must have been very convincing on the club and Spalletti’s part, the opportunity to move to a table topping club playing European football was greatly mooted for Perisic, but now he is the main man in a team being built around him with the real possibility of titles ahead, it would seem, this was more of a motivation for the Croatian and he is certainly playing his part so far in the agreed deal.

Two footed Perisic, a lightening quick creator on the pitch, joined the San Siro club in 2015. He has scored 23 goals for the Nerazzurri since his move from Wolfsburg, but it is his crossing of the ball, dribbling, assisting and counter-attack play that this hardworking winger’s game is based on. He displays these skills with eye-catching excellence, however, so far this season, Perisic has upped the ante and is brandishing his talents at a world-class level and his determination to win his first Serie A title has shone through in every match he has played in for Inter since the start of the new Italian league term. Described as having the speed of a ‘400-meter runner’ and being able to ‘run like no other’ the winger will be hoping to race his way to the Italian championship this season.

His spectacular volley against SPAL in the league was replayed throughout the world of football, a contender for goal of the season and one that confirmed why the winger is one of the most coveted players outside of the Italian league. It would seem Ivan Perisic is the name on everyone’s lips and on top club’s radar, however it is Inter that have secured his services and possibly the Serie A title if their main man keeps up his impressive and remarkable form which includes three goals and three assists in six games so far this season. Another attribute to his game is his incredible stamina and concentration. In the last twenty minutes of a game, when others may be flagging, Perisic is full of running and as fresh as the first minute of the match giving him the edge in the dying seconds of a game, as Fiorentina found out in the first match of the new Serie A season – a goal in the 79th minute, and his energy was remarkable up until the final whistle. It is no wonder he is now known as Inter Milan’s ‘bionic man.’

The man who contributed to convincing Perisic to stay with Inter, the first team manager Luciano Spalletti, has described his wondrous winger as ‘having the making of a future Inter captain’ – a great compliment but also a message to the rest of Europe – Ivan Perisic is at San Siro for the long haul. We all know contracts do not mean players won’t make big money moves despite being tied to a club, but it appears the Croatian is more than committed to Spalletti and his great plans for the Nerazzurri.

Some will say the 2017/18 Serie A season is only five games old and time will tell if Perisic can keep up his fantastic form to take Inter all the way to a much overdue Scudetto, and his first trophy in Italy, but the signs that the winger and Inter mean business have been more than evident with an intent like no recent season that says we have a world-class player and we are going to win the title. Whatever happens between now and May one guarantee is that Perisic is proving fantastic to watch and he is a man who can be the difference between winning a league title or not. Ivan is Imperative to Inter Milan if they are to push for the Serie A title this season.