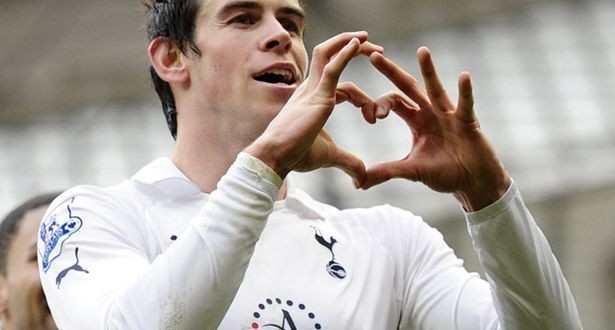 Is Gareth Bale worth £50 Million

There’s been many rumours circulating in the past few days that Tottenham Hotspur’s brilliant wide man Gareth Bale has signed a new contract to keep him at the club for the next 5 years, but with a release fee of £50 million. The deal is apparently going to be paying Gareth as much as £150,000 per week. That’s around £7 million per year.

It seems to be very mixed news for Spurs fans. On one hand their star man and top performer has opted to stay at the club for at least another year, despite missing out on Champions League football to arch-rivals Arsenal. But then on the other-hand they’ve seemingly handed a megaphone to Daniel Levy who’s walked out the back of White Hart Lane and announced that Gareth Bale is available to buy for £50 million.

So is this a smart move by the club, or does it sound like Bale will be on his way out at the end of the next season. And more importantly, is Gareth Bale worth £50 million? Let’s take a look now and see. 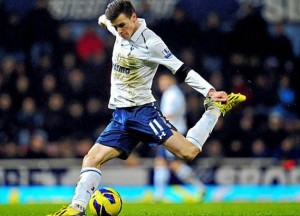 These are some of the world’s top transfer fee’s. Cristiano Ronaldo is at the top with his astronomical £80 million transfer from Nan United to Real Madrid. That’s quite a lot less money than Bale would move for if an offer came in. The kinds of players on this chart aren’t just great footballers – but they’re also great assets to have off the pitch too. The kind of players who marketing guru’s will love. They bring in so much revenue through player sales, sponsorship deals, and a whole lot more. Many companies simply flock to a club like Real Madrid because they want to get closer to Cristiano Ronaldo, one of the best players in the world. So it definitely helps to recoup some of that huge transfer fee and to pay his huge wages too.
The question I’m leading to really is this – does Gareth Bale have the kind of marketing value akin to the likes of Cristiano Ronaldo and Wayne Rooney? Sure, he has the talent, but I’m not certain that he’ll bring in quite as many shirt sales. But then again, does his sheer talent more than counter for the fact that he doesn’t quite have ticks in all of the boxes.

In the top 10 transfer fees in world football, the majority of the most expensive players end up moving to either Barcelona or Real Madrid. These two sides seem to be the ultimate big spenders in the footballing sphere, and so to them the idea of picking up a player with the qualities of Bale for £50 million is probably seen as a bit of a snip. And it’s quite clear as well that the big transfers don’t often go the way they expected – Ibrahimovich is a recent prime example, costing Barcelona £56 million. Guardiola later described the big Swede as being one of his worst bits of business. And then the £50 million spent by Roman Abramovich on one Fernando Torres was a bit of a gamble that didn’t quite pay off as handsomly as the Russian expected at Chelsea.

If you’ve watched Spurs at all this season you’ll have noticed the sublime performances of Bale – he’s been like a machine at times, carrying Spurs nearly all of the way into a Champions League place had it been for Arsenal’s resurgence under Arsene Wenger. Bale has come up tops with vital goals in vital matches, and throughout the season he’s scored a total of 31 goals in 52 matches in all competitions. A brilliant goal per game ratio – 1.7 to be precise.

He’s really been the heart and soul of the Spurs team this year, who have missed the goals of Jermain Defoe and the work of Bale’s sidekick Aaron Lennon on the opposite flank. They’ve been plagued by injuries this season, and if they had been fit it seems certain they’d have made it into Europe. Without some vital investment in pre-season I can’t imagine Spurs doing too much better than 4th place next time around, and would Bale really be happy to stay at a club aiming for this level? I think he’d be happy to move on if one of the big boys came calling.

Considering the value of the modern footballer, Gareth Bale is in my eyes good value at £50 million. I’m certain that the likes of Man United or Real Madrid would happily snap him up. United need a left winger and Madrid would love someone on the opposite flank to Ronaldo. The way things are going I can only see the value of players going up, and transfer fee’s following it, and with so much money being pumped into the game from foreign investors then £50 million for someone with Bale’s qualities may be seen in the future as being a bit of a bargain.