Home » News » Why just talk about Lionel Messi and Cristiano Ronaldo for the Fifa Ballon d’Or? 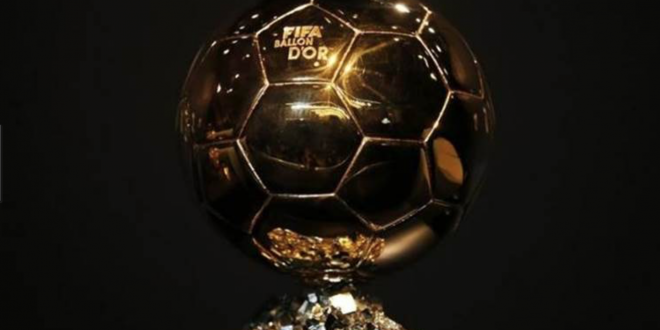 Why just talk about Lionel Messi and Cristiano Ronaldo for the Fifa Ballon d’Or?

The Fifa Ballon d’Or is one of football’s most prestigious individual awards to receive. The award is presented to the player who has performed the best in all football matches in the year.

The award is very well known for the reputation of big names within the sport such as Ronaldo and Messi. This also means, a lot of players who have had amazing performances throughout the season don’t seem to feature. Why?

The Fifa Ballon d’Or also likes to focus mainly on players who score goals. This would take away the opportunity for goalkeepers and defenders to be rewarded for their performances. The 2016 shortlist did consist or three defenders, all of them had played in the Champions League final that year and also three goalkeepers. Even though they were shortlisted, there is still only two big names that stand out the most. It just seems like it is always between Ronaldo and Messi.

According to rankings that were published April 5th, Ronaldo is currently ranked 6th while Messi is ranked 2nd. If they were ranked one and two, people could understand why they take all the media attention. There are still other great players in the top 25 that aren’t even mentioned. The other issue to cover is the fact it always seems to be players from the La Liga. Some would say it isn’t the hardest league in the world, which could be why the likes of Messi and Ronaldo score so many goals. Over the past 15 years, the La Liga has only been won by three teams; Real Madrid, Barcelona and Atletico Madrid. Atletico has won it once in the last 15 years. This surely says a lot about the Spanish league.

Harry Kane is ranked 24th in the ranking’s as of right now. In the ranking’s that were published back in April, he had 14 goals and Ronaldo had 12 goals at 6th place. This is just proving there are favourites for this award from the start. Since the rankings were published there has been a lot of change. Kane won the Golden boot in the Premier League. Real Madrid won the La Liga and the Champions League and this will boost Ronaldo. This means Messi hasn’t don’t anything to compete for the Fifa Ballon d’Or.

With La Liga appearing to be an easier league to play in, it’s harder for the likes of Harry Kane, Eden Hazard or even Robert Lewandowski from the German league to outscore the amount of goals from Ronaldo this year which is 42 goals in 46 appearances in all competitions.