Home » News » The kids who lost their wonder 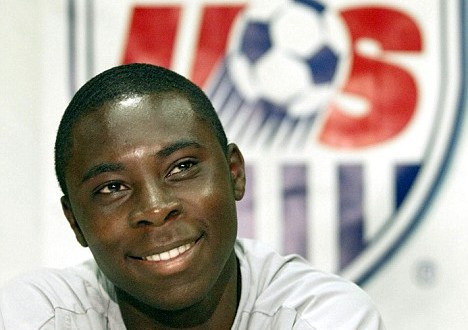 The kids who lost their wonder

Harry Kane is on fire right now. With 18 goals so far this season, a record which includes seven goals in the last seven Premier League games, the imposing Tottenham striker has taken a monumental leap in a short period of time, transitioning from a player on the fringes to one of the country’s deadliest forwards. For sheer hard graft and dedication he is in a league all on his own. Cue archetypal calls for an England cap and declarations that the 21-year-old is the future of the nation. Enthusiasts never disappoint.

Kane’s graduation represents the happier side of the conundrum known as the ‘wonderkid’, a triumph which generates sympathy for those who, like Kane, showed great promise as youngsters and were tipped for greatness, only for the ‘wonderkid’ title to inadvertently work against them, and never realising their true potential. It is frequently the same story; young footballer impresses at local club after an indelible contribution or x amount of goals, is snapped up by a bigger one where competition is stronger and game time is lesser. A struggle to hold down a starting berth significantly stunting development until the bigger club eventually cuts its losses and the ‘wonderkid’ is plying his trade in the second division in insert country here. Never to be heard from again. Football is cluttered with such stories, the quantity of which ceaselessly grows. Here are just five of these stories:

Despite a 100% goal-scoring record for England (although he only appeared just the once), Francis Jeffers’ career has not turned out anywhere near what was expected. Having made his debut for local club Everton in 1997 aged just 16, the Liverpudlian showed instant promise as well as goalscoring pedigree, scoring 20 goals in 60 games for the Blues before sealing a £8 million move to Premier League titans Arsenal in 2001, one of the club’s most expensive signings at the time.

But the step up from mid table to the big time proved too much of a tall order for Jeffers who struggled during three years at the Gunners and made just 22 league appearances in total, despite making his England debut while at the club, in 2003. He was offloaded to Charlton Athletic in the summer of 2004 where, again, he failed to live up to expectations. Spells in Scotland, Australia and Malta have followed and the former England striker’s last club was Accrington Stanley. A pedestrian career for an English forward who promised so much. 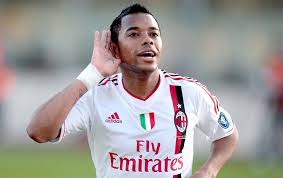 Perhaps Brazil’s most exciting talent before Neymar appeared on the scene, and for a while labelled the new Pele, Robinho probably had the brightest future among Brazil’s countless wonderkids. He made his debut for boyhood club Santos in 2002 aged 18, and scored 82 goals in 177 appearances between 2002 and 2005, dazzling suitors with his consistency and outrageous talents. Real Madrid came calling and stumped up 24 million euros for his signature, confident they had snapped up the next big thing in world football. But Robinho initially failed to live up to the price tag, scoring just eight in 37 appearances in his debut season. Performances improved however, and the Brazilian had a significant role in Real’s title winning campaigns in 2006-2007 and 2007-2008.

Issues with club president Ramon Calderon led to a record-breaking transfer to Premier League outfit Manchester City, where he impressed in his first full season, netting 14 goals and finishing as the league’s third top goalscorer. But a significant decline in form the following campaign pushed Robinho down the pecking order of the Sky Blues, and he ended his spell in England in January 2009 when he re-joined Santos on loan. Robinho is now in his third spell with Santos, on loan from AC Milan, and continues to show glimpses of the outrageous talents that could have propelled him into the realm of some of the greatest footballers in the world. But glimpses are the most it has ever been and, despite an impressive collection of winner’s medals and 95 caps for Brazil, the 30-year-old’s career can be seen in some light as a disappointment. 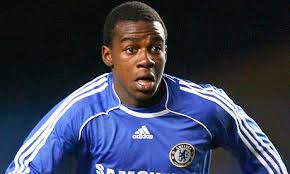 Though still on the books at Chelsea, Gael Kakuta represents a curious case in the realm of the wonderkid. His talents were so exalted at first club Lens that Chelsea were prepared to break the law to sign him back in 2007. For ‘tapping up’ the young French winger, or inducing him to break his contract with Lens, as he did to join the Premier League giants, Kakuta was, in 2009, banned for four months and fined 780,000 euros while Chelsea were banned from signing players in the next two transfer windows.

Yet for all that was done by player and club to acquire Kakuta, it can be seen as highly anti-climactic that the 23-year-old’s career to date, hasn’t really got going. Since 2009, he has made only 16 appearances for the West London club, spending of the majority of his time out on loan throughout Europe. Even while away from the Cheslea first team, he has not impressed on a level that would be expected from his parent club. Kakuta, who has played at every level for the French national team excluding the senior squad, is currently at Rayo Vallecano and, while there is still plenty of time to show Chelsea what they are missing, the Frenchman must be looking at his career thus far as profoundly unfulfilling.

The inclusion of a forward who for a long period was hailed as one of the most promising in the world isn’t necessarily based on a poor goalscoring record or attitude problems, but more on a reflection on what could have been. Pato made his first team debut for Internacional in 2006 at the age of 17, scoring 12 in 27 appearances and helping his side win the 2006 FIFA Club World Cup. Intense pursuits from Europe’s biggest clubs followed and the Brazilian eventually signed for AC Milan in August 2007 but was unable to make his debut until January 2008 due to FIFA’s regulations concerning non-EU minors.

Pato scored on his Milan debut and ended the 2007-08 season with eight strikes in 18 games, relatively impressive for an 18-year-old. His sparkling form continued in 2008-09 and he finished as Milan’s top scorer with 18 goals and winning Serie A’s Young Footballer of the Year. Injury would soon set in and severely hamper Pato’s progress and in the following years, until his move to Corinthians in 2013, he unluckily underwent a significant decline. Now on loan at Sao Paulo, Pato is attempting to resurrect his previously impressive career, before the cruelty of injury problems prevented his jettisoning to the world’s best.

The granddaddy of floundering wonderkids and a Championship/Football Manager legend, the rise and fall of Freddy Adu is profoundly telling. The Ghanaian born attacking midfielder made history in 2004 when he became the youngest American ever to sign a professional contract in any sport, penning a deal with DC United. Labelled the American Pele, excitement as well as expectation rested on Adu’s extremely young shoulders. The prodigy made his debut later that year and broke every record imaginable – the youngest player to appear in any US professional sport, the youngest goalscorer in MLS history and, in 2006, the youngest player to appear for the US national team.

The expected move to Europe finally came in 2007 when, to everyone’s surprise, Adu joined Benfica. But the move turned sour very quickly and Adu found himself being loaned out to Monaco, Belenenses, Aris and Caykur Rizespor during four years in Europe, making just 11 appearances for his parent club. Spells at Philadelphia Union and Bahia followed his departure from Benfica and, most recently, Adu was released by Serbian side Jagodina, three days before Christmas. At just 25 years of age, Adu’s career has seen the highest of highs and lowest of lows. One can only wonder how his career so dramatically fell apart.