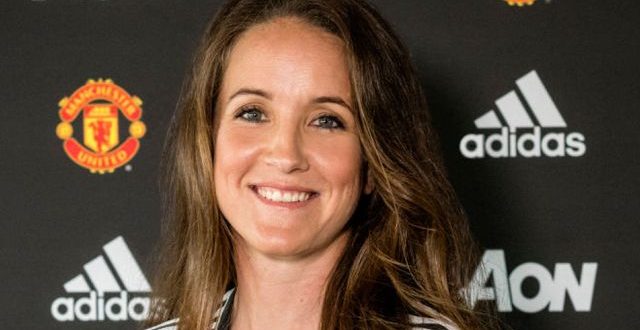 It has been a long time coming, but Manchester United will finally have a women’s football team from next season. For one of the biggest clubs in the world, it seemed bizarre that in the modern era of the game, the Old Trafford side did not compete with teams like Manchester City and Arsenal in having a successful ladies team. However, with former England international Casey Stoney at the helm of the new Manchester United women’s team and the array of talented girls coming through the ranks at the club, it would seem it is an exciting time to be a lady in the red of United…

Thirteen years ago, United’s then women’s team was dissolved seemingly on the basis it brought no financial value and, a decade ago, the women’s game was nowhere near as major or as high a standard as it currently is. However, ladies enjoying and playing football has moved on significantly in recent years and the women’s football league is now renowned and at a top-level standard of play. The opportunities for girls to get involved in the game has considerably improved, and with sides such as England, Man City and Arsenal enjoying success and big names in Europe joining British teams as well as the huge publicity, it has now caught the eye of football fans. All of this is something Manchester United had to get involved with and play a big part in.

The Women’s Super League 1 is where Stoney and her team will want to be, but they will have to start at the bottom and work their way up. United ladies will compete in the second tier of women’s football, in Super League 2, coming up against the likes of Tottenham Ladies, Doncaster Rovers Belles, Millwall Lionesses and Aston Villa Ladies, but as a newly established team, how will the side be formed? Where will the players come from and will they be able to attract the biggest names in the women’s game to the club?

One area United will focus on for recruiting players for their women’s first team is, as the club have always done, through their academy. Bringing youth players through the ranks to the first eleven is part of the club’s philosophy, and despite United not having a women’s team for some time, they have been coaching girls for years. The club have an under 16 team and have talented young women who will be given their chance in the Women’s Super League 2. In 2016 United Girls reached the FA Youth cup final and during the 2017/18 season 15 United players were involved with either England or Scotland internationally proving the talent is there, but in recent times these girls have had to move clubs in order to play in the women’s league, now, they can aim to play in that league with Manchester United.

Of course having a motivated, experienced coach will be paramount to success, and in appointing Casey Stoney United have just that. Having made 130 appearances for England and played for top club sides like Arsenal Ladies, Liverpool and Chelsea, this former defender has a wealth of experience and having player-managed Chelsea Ladies as well as having been part of Phil Neville’s back room staff with England after her playing career ended, Stoney is ready for the United challenge and to be successful. She said of her appointment; ‘There is for me no more exciting opportunity. I truly believe Manchester United has the ability to change the face of women’s football forever.’ It is the words everyone associated with Man United and women’s football wants to hear, and there is no reason why Stoney’s comments can’t become a reality with her at the helm.

Joining Stoney next season on the touchline will be Willie Kirk. The former Bristol City and Hibernian Women’s coach has recently become the United Women’s team assistant manager bringing a wealth of knowledge with him to the newly formed side. He spoke of his appointment; ‘To have the chance to work with Casey Stoney and to be part of a team that is being set up from scratch, to me, is an opportunity not to be missed.’ Kirk managed Hibs Ladies to both the Scottish and League Cup during his reign in Scotland, he also won The Scottish Women’s manager of the year in 2013 after guiding the team to second in the league. Moving to Bristol City Ladies, he steered them to promotion from the second division to the Women’s Super League 1 – with a CV like this, it would seem it was ‘an opportunity not to be missed’ by Manchester United as well as Willie Kirk.

So, can Manchester United Women’s team become an instant success? There is no reason why not, ‘instant success’ has occurred in the men’s game, albeit, in some cases, money motivated. However, if United’s new team are to be a hit on the pitch, it will be through their usual philosophy; blood the young and mix them with experienced as well as top continental players – the football should be eye-catching, the success achievable and expected. It has worked for their men’s side, and with Casey and Kirk guiding this new venture, you would have to think the ladies in red will go global and with trophies to match.