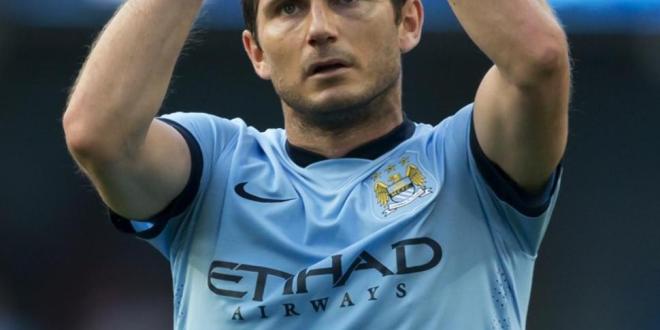 On the 3rd of June 2014, Chelsea football club announced that its all-time leading scorer Frank Lampard would be leaving the club. It bought to an end a glittering career at Stamford Bridge and many thought that they would not see Lampard playing in the Premier League again, how we were wrong!

Making his debut for West Ham in January of ’96 he went on to make around 150 appearances for the Hammers, an extraordinary feet for such a young man. His performances led to interest from Chelsea FC, and the fact that Frank Lampard Senior and his Uncle Harry Redknapp had both just left West Ham, Frank jnr made the decision to cut ties with the club in an £11 Million move to the Bridge.

A trophy laden, record breaking 13 years then followed, helped by the Russian Riches of Abramovic, Lampard won nearly every tournament he could ever dreamed of winning. Three Premier League titles, four FA Cups, two Football League Cups, One community shield, the Europa League and finally the holy grail of club football the Champions League winners medal is what Lampard amassed throughout his years in South London, as well as the Chelsea club record of 211 goals. So wouldn’t it be fitting for Frank to leave England, earn mega bucks abroad and look back with very fond memories? Not quite.

Well the mega bucks idea came to fruition and technically so did the team. It was announced that Lampard would join New York City FC on a two-year deal. The new franchise would be a part of the MLS 2015 season, and Frank Lampard would be New York’s prized asset. All was well, Lampard had an exciting new project in the big apple, but what he did next would shock many Chelsea fans that idolised him.

On the 3rd of August Manchester City announced the loan signing of Frank Lampard until the end of December, from the club that they actually own, New York City FC. Chelsea’s title rivals, and Jose Mourinho’s nemesis Manuel Pellegrini, who’s feud has travelled with them from Spain after the latter was replaced by Mourinho as the head coach of Real Madrid, had managed to acquire the services of a true great, for no fee, apart from his wage. Lampard still has the capability to play at the highest level, and the only reason he left Chelsea was because of their wealth in midfield options.

Frank Lampard’s signature has turned out to be inspiring on Manchester City side, a proven winner, although the wrong side of his 30’s, he’s already racked up half a dozen goals for City, including the winner against Leicester last Saturday and one of them against his former side, it is no wonder that Manuel Pellegrini is keen for him to extend his stay. Who would have thought after he left Chelsea that we would ever see him on English turf again, never mind playing for the team that pipped him to the title last season?

News is now circulating that he is going to play for City up until March, I imagine much to the disappointment of the New York City fans who are eagerly awaiting his return. Find out what Pellegrini has to say about Frank Lampard by clicking on this Link