The latest rounds of the league cup took place this week, with the Third Round being played in England and the Quarter Finals in Scotland. A few more minnows have been defeated in their heroic cup runs, and now it is mainly the top teams fighting for a place in the upcoming rounds over the course of the season.

In England, the Fourth Round draw has given fans worldwide reason to be excited as another Manchester Derby will be the tie of the round. After the last fantastic derby, United will be seeking revenge on their bitter blue rivals, while another extremely intriguing tie in Liverpool v Spurs is also on the agenda. Having already played each other this season in a 1-1 draw, it will be interesting to see who will come out on top after two very decent starts to the season. Chelsea are also in for a tough time with a tricky trip to the Olympic Stadium to face London rivals West Ham, while Southampton v Sunderland completes the other all Premier League tie. In Scotland; Celtic, Rangers and Greenock Morton have all confirmed their place in the semis, while Aberdeen face St Johnstone for the final spot. This of course means another Old Firm is more than likely on the cards, which will be a typically feisty encounter if they are drawn together in the semis or even more so if they both reach the final. It will certainly be interesting given their difference in form going into the game as Celtic squeezed past League One Alloa after getting hit for 7 by Barcelona, while Rangers thumped Queen of the South 5-0 but were the victims of a similar scoreline in the most recent Old Firm. 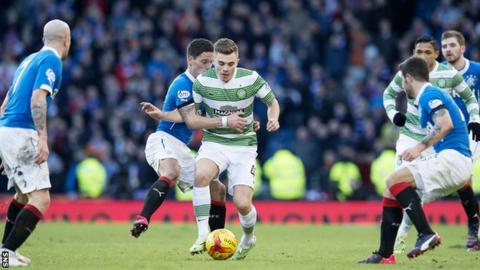 Look out for the especially thrilling English League Cup ties on 24th October, whereas in Scotland the draw is yet to be made for the next round.