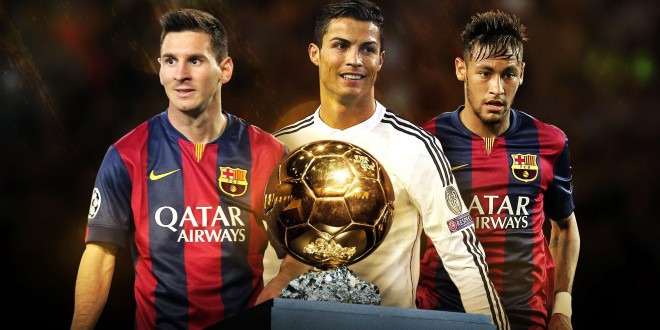 In 2015, Messi’s annual earnings amounted to £59.3 million, earning roughly £1.1 million a week. According to France Football, Ronaldo earned £54 million topping Neymar with an earning of £34.8 million.

The article clarified that they took into account the “players’ pre-tax salaries, sponsorship revenues and various bonuses.”

As said by Football Leaks, Neymar’s contract with Barca only returns £4 million a year, so it doesn’t come as a shock that he gets paid substantially less than Messi and Ronaldo. However, according to a Spanish radio station COPE, Neymar is set to be in negations with Barca regarding his new deal.

Although Messi picked up his fifth Ballon d’Or in January 2015, crowned the world’s best player, it was the first time Neymar was placed within the top three but probably not his last. Neymar has proven this season that he is next in line to become the world’s best player, netting 21 times while providing 10 assists thus far in the La Liga campaign.