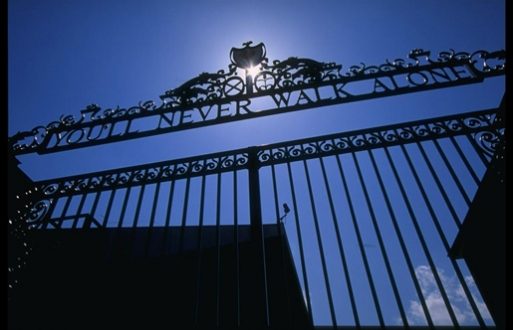 If you’re a Liverpool fan, like me, or even if you’re not, it’s difficult not to be impressed by the team’s performances this time around and is why they sit nicely poised on the coattails of Chelsea after a third of the current season has played out. Their haul of 30 points after 13 games is the highest tally for them at this stage of a season since 2008/2009 and six points more than of three seasons ago, when Liverpool choked in the final run-in, suffering a draw away at Palace (when three goals to the good) and the defeat by Chelsea in the Gerrard ‘slip’ match at Anfield, running out second, two points behind Man City in the end. But how much has their great start been due to their absence from European competition?

Jurgen Klopp, Der Kaiser Chief, has instilled an enormous team ethic since the beginning of this, his first full season, creating an unrivalled enthusiasm amongst the squad and backroom staff alike. In fact I haven’t witnessed so many hugs flying about since the final dance off on Strictly…I’ve been told there’s lots of hugging…apparently. The same enthusiasm is definitely rubbing off on the fans as well but you won’t see too many keen to express it and not many daring to ‘believe’ just yet. It’s been a very long (too long) and arduous path since their previous title success, many of the current crop of players not even born and with memories of three seasons ago still uppermost in fans’ minds, then they won’t take anything for granted until the ref blows his final whistle and it’s a mathematical impossibility for any of the chasing pack to catch them.

Klopp has worked his managerial magic on the players, in much the same way he did at Dortmund, favouring the attacking element and high press, intricate fast one-two passing and keeping the ball on the pitch surface. The commitment and energy shown by the players immediately closing down their opponents and battling to retake possession has been evident and is paying dividends thus far. However, there are still a few question marks for me, especially over the defence, the players’ mental toughness and no apparent plan B.

It is clear from the stats that the Reds always seem to leak a goal (not many Liverpool defenders in fantasy football teams up and down the land I would suggest) having only kept three clean sheets in the Premiership this season and two of those coming in the last two outings, versus the Black Cats and the Saints. Maybe they are now starting to gel at the back but I would be very surprised (happily mind you) if this continued away at Bournemouth on Sunday. Relying on their attacking flair will see off many of the division’s mid table/relegation dodgers but it will be against the more stalwart and pedigree teams where the Reds may come unstuck. The more observant among you will have also noticed Liverpool’s disconcerting ability to completely lose focus and allow their opponents to press them at times during matches, usually after the Reds have taken what for most could be considered healthy leads. Has Klopp instructed his team to sit back and soak up the pressure and to refrain from their original plan? I’ve noticed it in a few games this season, most notably against Leicester, Hull and Watford, all of which were played at the fortress Anfield.

Daniel Sturridge, a square corner flag in a round hole? I for one really do think that the Reds play much better without him. I’m not suggesting that he isn’t a decent player and when on form he can be an asset to any team. However, he doesn’t compliment the way in which the rest of the team plays and if anything he is usually the reason for any creative forward penetration to break down, with his incessant need to try too  many twiddly turns and step-overs. If he chose instead to pass the ball quickly and accurately like the rest of the team then I firmly believe he would be a welcome addition to the side. However, he seems so hell-bent on proving his goal-scoring prowess, especially when coming off the bench with the team already in a commanding position, that he only has eyes for himself and appears far removed from the team ethic that Klopp has successfully garnered elsewhere around him.

With a second successive away trip to the south coast, this time to play Bournemouth (Sunday 13:30) it will be interesting to see how Jurgen Klopp shuffles his deck with the impressive Philippe Coutinho out of contention following the ankle injury he sustained versus Southampton. Will he give Daniel Sturridge a start, or does he ultimately believe, like I do, that he just doesn’t fit into the system? If Sturridge doesn’t begin the game on Sunday and Klopp instead opts to give what many would suggest was a deserved first premiership start to Liverpool’s youngest ever goalscorer, Ben Woodburn, then surely the writing would be on the wall and all over the transfer speculation pages of the press.

I realise it’s a big shout and not something all Liverpool fans would agree with me on, but I would be looking to sign someone like Giroud in the January transfer window. Why you ask?  Well, as it seems he’s out of favour at Arsenal, playing second fiddle to the likes of Alexis Sanchez and Theo Walcott and only making brief appearances as substitute, then I would assume he isn’t too happy warming the bench. Giroud is a player I would describe as an old fashioned centre forward, a proven world class exponent of someone who can head a ball, where he can be just as effective defending in his own box than scoring at the other end. There is then his physicality in holding up the ball and linking up with the rest of the team and his aerial prowess would certainly provide Liverpool with a much needed plan B, with Clyne and Milner crossing in from the wings towards a central target figure.

One thing is for sure, if Die Obermeister brings an end to the Reds’ endeavour to recapture the holy grail and be crowned English champions this season, then it surely wouldn’t be long before one of the most famous stands in world football was renamed…The Klopp End.