Home » News » Making It to The Top 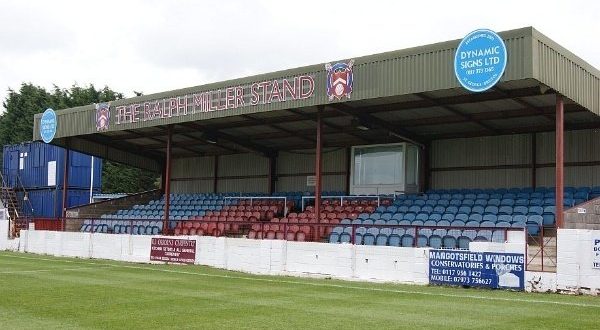 Making It to The Top

Having attended my first ever non-league match on the last day of the Evo-Stik League South season, a 3-2 win for Mangotsfield United against Ditcot, it was an ideal time to reflect on the footballers who started their careers in non-league football and worked their up to play in the football league or, remarkably, having excelled to the point where they have been signed by a Premier League club. It was also a good opportunity to view the non-league talent on display and question whether any of these players could make it to the top.

The game was entertaining, five decent goals and a good showing of grit and determination from the teams albeit on a slightly bobbly pitch, but which of these players might we well see climb the football league ladder and which non-league turned football-league footballers can they aspire to?

Jamie Vardy and Chris Smalling are the biggest and first names that spring to mind when discussing non-league men who have made it to the top of the English game and, both have won Premier League, a fairy tale story some might say. Smalling started his football career in the youth team at Millwall before moving to non-league Maidstone United in 2007. Within a year, clubs in the football league were scouting the centre-back and in 2008 he jumped from amateur footballer to a Premier League player in the space of twelve months, signing for Fulham. Quite a transformation, a remarkable promotion through the leagues for Smalling, but even bigger horizons were around the corner when Manchester United came calling in 2009. 243 appearances and 13 goals later, Champion’s League and twice a Premier League winner, once non-league Smalling has come a long way and crafted an amazing footballing story. The same can be said for Jamie Vardy. Holding the record for the highest transfer fee for a non-league player at £1 million, the now Leicester man played for two non-league clubs scoring 63 goals for Halifax and Fleetwood Town respectively. However, his big break came when The Foxes, then in the Championship, signed him in 2012. After a disappointing first season, Vardy’s 16 goals in the 2013/14 term helped Leicester to promotion to the Premier League where within two seasons in England’s top tier, The Foxes once non-league man netted 29 times and incredibly was crowed a Premier League Champion proving dreams really do come true.

Two high profile ex-footballers who worked their way from non-league to football league to Premier League are Les Ferdinand and Kevin Phillips. Ferdinand started his football career at AEL, Southall then Hayes, before a mere £15,000 transfer to QPR in 1987. Two loan moves away from Loftus Road saw him return to QPR netting 20 goals in three seasons in the First Division before the Premier League was created in which Ferdinand scored 60 goals for the London side between 1992-1995, he was sold to Newcastle United in 1995 for £6million. An established Premier League player and regular goal scorer as well as becoming a million-pound-plus player, it was a far cry from non-league football and a lowly transfer fee of £15,000. Les Ferdinand had hit the big-time. The semi-professional story to Premier League star is just as impressive for Kevin Phillips. After impressing at his first club Baldock Town, Phillips went onto play in the First and Second division with Watford before moving to Sunderland in 1997 where he scored 52 goals in two seasons in the First Division. 1999 saw the Hertfordshire born striker’s fairy tale story complete when he gained promotion with The Black Cats to the Premier League. With over 60 goals for the Wearside club and a European Golden Shoe winner, Phillips would play in England’s top league for four other clubs making his climb up the footballing ladder an astonishing achievement.

Charlie Austin, Troy Deeney and Grant Holt are other names who have become top league players from non-league football giving hope and enhancing the dream of professional football to budding non-league players. These players could include Liam Monelle who impressed in attack for Mangotsfield Town against Didcot, he has scored 17 goals for The Mangos having trialed with Bristol City, at only 21 he has got potential and judging from his all-round play, he would do well in the football league. For Didcot Town Callum McNish was excellent in midfield. He smashed a shot against the crossbar versus ‘The Field’ and his passing and link up play from the centre of the pitch was as good as a professional.

Both of the above non-league footballers could go far, they certainly have talent and I for one thoroughly enjoyed watching them play. In a football world where multi-million-pound signings are now a reality, buying players from lower league or non-league is still not out of the question especially if a player shows promise, grit and determination. The likes of Phillips and Ferdinand certainly showed these attributes and got their rewards, giving all non-league football players encouragement and someone to aspire to. When all is said and done, if you are good enough and determined enough, then you’ll make it – just ask Chris Smalling and Jamie Vardy.