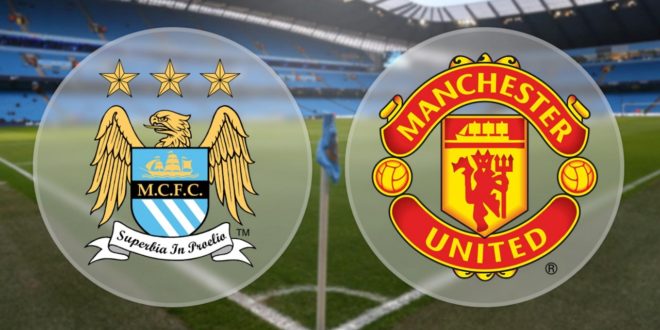 On Thursday night, a season-defining game will be taking place in a city that lies between Cheshire Plain and Pennines. A rivalry that began in 1881 always sparked controversy and interesting games. But, it seems to me that this might be one of the most important clashes between these teams we’ve seen in a decade. And oddly enough, it’s not a clash for the title or even for any of the cup trophies. It is, in fact, a clash that can salvage dignity and justify massive amounts of money spent over the last couple of years by both clubs. Or for the losing side, a match that triggers the raising of tough questions.

I know that it’s not really sportsmanlike to cheer for someone else’s misery, but I can imagine that a number of City fans were delighted with the situation after the United’s Thursday game against Anderlecht. Injuries to both Ibrahimovic and Rojo could play a major role in the upcoming clash. Add to that a Juan Mata injury and a couple of defensive players that are still out of the contention, and you can say that United is coming to Etihad Stadium severely depleted.

City, on the other hand, has no injury issues, but they are under a lot bigger scrutiny by the fans regarding the outcome of this game. United still has the chance to qualify for the next year’s Champions League by winning a trophy in the Europen League. City, on the other hand, can only qualify through the Premiership. Adding the loss against Arsenal on Sunday, you could say that the pressure is mounting in the City ranks. This season can turn really ugly if they miss out on the Champions League as well.

I think this will be an epic battle between Mourinho and Guardiola. The pressure on both sides is immense, but City stands to lose a bit more than United. Mourinho’s side comes understaffed and noticeably fatigued. I really do believe that this game will be won in the locker room, not on the pitch. Whichever manager prepares his team to handle the pressure better will have greater chances of taking home the prize. And the last thing worth mentioning is that this game has been flagged by the bookmakers as one of the most exciting ones of the season and they expect a serious volume on Thursday night.

One thing is for sure, there are a lot of reasons to look forward to this game.