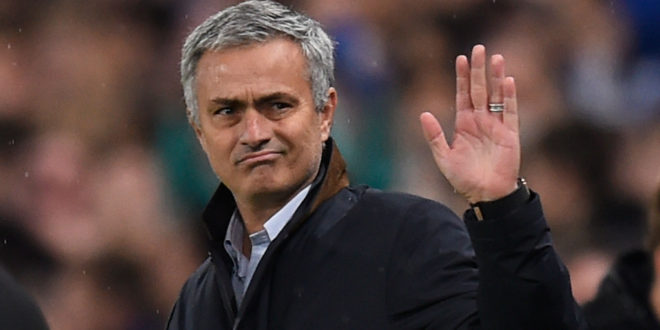 Christmas is a time for mince pies, cantankerous games of Monopoly and sombre reflection. So what better opportunity to assess Jose Mourinho’s progress at Manchester United? Much has been made about a so called revolution unravelling at United following a record summer outlay of nearly £150 million but how is the Special One’s side faring in comparison to last season?

Let’s take a leaf out of Wham’s book and look back to last Christmas. After 14 games, Louis van Gaal’s side were sitting third in the table on 28 points. A team comprising the likes of Paddy McNair and Bastian Schweinsteiger had just held would be champions Leicester 1-1 and trailed neighbours Manchester City at the summit by just one point.

Fast forward and United have endured their worst start to a season in 26 years. Just one win from their last eight games means they sit sixth in the table, under heavy pressure from West Brom and Everton, and trail leaders Chelsea by an ominous 13 points. As last season proves, a lot can change in the New Year but, unless results change soon, doubts will linger over Mourinho’s ability to return this side to the glory days of Sir Alex Ferguson.

It is understood that despite a tumultuous start to his reign, including derby defeats and heavy FA disciplinary action, Mourinho retains the full support of the United board due to a noticeable improvement in style. But how long will this patience last? In a game of instant gratification, is an emphasis on attacking football worth risking another year out of the Champions League? After all, if any manager in the game is capable of winning ugly, it’s Jose Mourinho. Accustomed to instant success at Chelsea, Inter Milan and Real Madrid, Mourinho is facing a long and difficult journey to return United to the summit of English football after years of poor transfer dealings and misguided management

From a purist perspective, one must appreciate Mourinho’s efforts to honour United’s vivacious attacking history. He appears to have buried the centre parted ghost of Christmas past that was van Gaal. But Jose would have expected more from a side that is now bejewelled with attacking prowess. The reintroduction of Michael Carrick into midfield appears to have given freedom to Herrera and Pogba to roam forward and the deceptively talented Henrikh Mkhitaryan looks as though he may finally get a run in the side. But Mourinho’s side still lacks the pace and dynamism of Chelsea, Liverpool, Manchester City and Arsenal.

This slow progress and frustration with results has led Jose to label his side the ‘unluckiest in England’ and with the standard of teams competing for the title the highest in years, Mourinho might just need some festive fortune on his side.