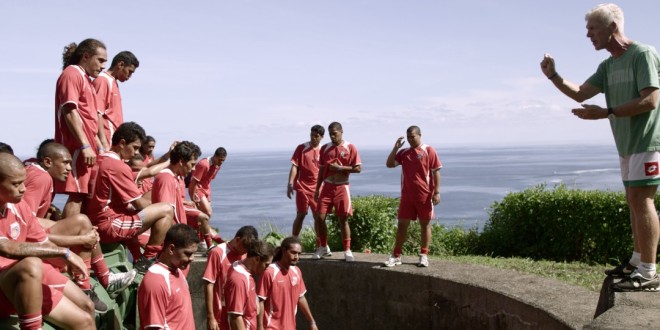 Next Goal Wins is the story of international football team American Samoa, known as the worst team in the world, and their struggle to try and qualify for the 2014 FIFA world cup.

The British documentary is directed by Mike Brett and Steve Jamison and starts out with the sides humiliating 31-0 loss against Australia, the worst recorded loss in International football.

American Samoa took on an acclaimed Dutch-born American coach named Thomas Rongen with the bulk of the film following his attempt to turn the side into a proper, performing International side.

Former Chelsea defender Graeme Le Saux announced the film at a Soho screening room towards the end of April, declaring it a genuinely important sports film – a rare commodity nowadays. Meanwhile the Telegraph liked to focus on the role of a transgender footballer in the side, coined the transexual John Terry.

You can watch a trailer of the film below which is due out in UK cinemas on the 9th of May.