Home » Articles » Next years Championship: What to expect…. 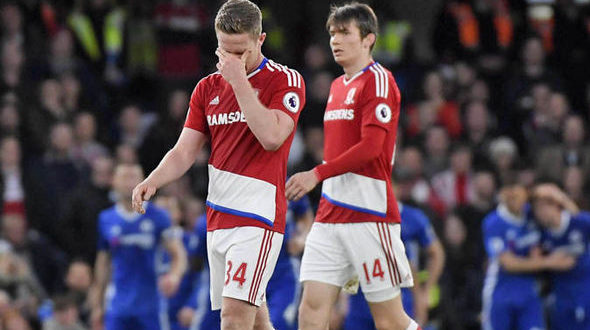 Next years Championship: What to expect….

With many issues settled in this seasons English leagues, the Championship table for 2017/18 is starting to take shape. We know the teams that will be coming down from the Premier League and two out of three coming up from the division below. Now we know this, what type of league will be instore for the clubs and just how competitive will it be with the teams staying put added to the mix.

Current teams stronger than the relegated?

The Championship is one of the hardest leagues to escape and relegated teams have proved that over the years, look at Leeds, Aston Villa and Norwich to name a few. No matter how much money you receive in payments for relegation, around £24 million over three seasons is the rumoured amount. This figure doesn’t instantly bring success and teams have been learning the hard way. Sunderland, Hull and Boro are no strangers to the Championship, especially the latter two but with the second tier changing and becoming more competitive year by year the teams that are already in the league will surely be in better stead than the three coming down. To name reasons why, keeping players is one huge bonus for clubs and relegation only makes the high-quality players want to leave and as that is going on, the clubs around them are adding to their squads and the stability and experience is only going to make them more favoured for promotion than the teams going down.

A look at the map for next season will show that after Brighton’s promotion, Bristol and Cardiff will not have to travel south for any of their fixtures, just three trips to London areas (if Reading lose the play off final) and the rest will be long trips up north including trips to Middlesbrough and Sunderland. Could this see more dominance from the teams that have less distance to travel. If Bradford beat Millwall on Saturday to win promotion than the Championship will get busy in Yorkshire and surrounding areas which really feeds the appetite for what could be a very entertaining season.

Adding on to the first point, I believe that the teams at the top of the table come this time next year, will be teams that were in this division this this season. You look at the table now and see the likes of Norwich, Derby, Fulham, Villa, Leeds and Sheffield Wednesday and it honestly sets up such an intriguing league for the fans to look forward too. Especially with all these teams having money to spend in the summer and with the right additions to their squads can make a real push for their promotion into the Premier League. Having said this, Boro have been there and done it every year they’ve been in the Championship and that experience will go a long way especially with the rumours of Nigel Pearson becoming their new manager could really make them a team to watch next year.