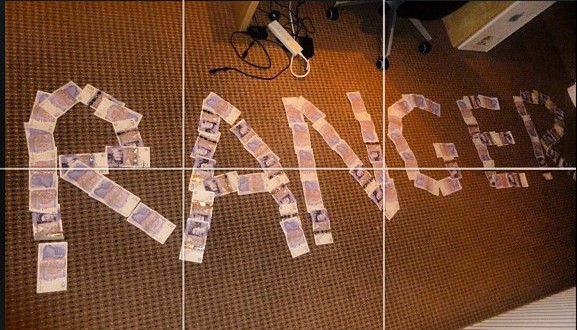 Here’s a little compilation showing the best (and worst) of Newcastle United and former England-U19 international Nile Ranger. Ranger was recently accused of raping a woman in a hotel room in Newcastle, and has been involved in an armed robbery, accused of assault, criminal damage, being drunk and disorderly, posting a homophobic message on Twitter, and just being a dick in general. Recently he posted a photo of his name spelt out in £20 notes, and was also in trouble for posing in a photograph with a replica gun. Not the ideal role-model for youngsters then.
Is a bit of a shame really, considering that he obviously does have some kind of football talent (otherwise he’d never have reached this level in the first place). Many people would dream to be in his position, yet he seems happy enough to waste it all away.