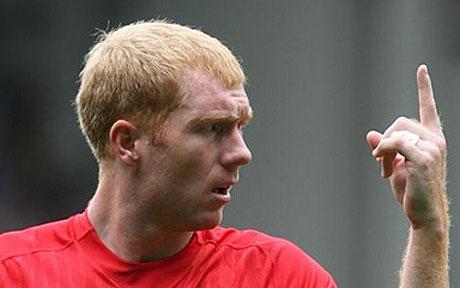 Paul Scholes Comes Out Of Retirement

Paul Scholes has amazingly come out of retirement and will play for Manchester United until the end of the season it has been announced today.
Rumours has been circulating that Scholes had told some United players that he’d be willing to return to the club after retiring at the end of last season, but he was reluctant to go directly to the United manager. Well now it seems apparent that he has in fact been in touch, and he will be once again playing for the team at a time when there current midfield looks very weak – no Tom Cleverly, or Ashley Young, and with other defenders out Carrick has had to play defensive roles at time, along with Valencia.
The news was broken on the official MUFC website, with Scholes going straight into the squad to face Man City in todays FA Cup match.