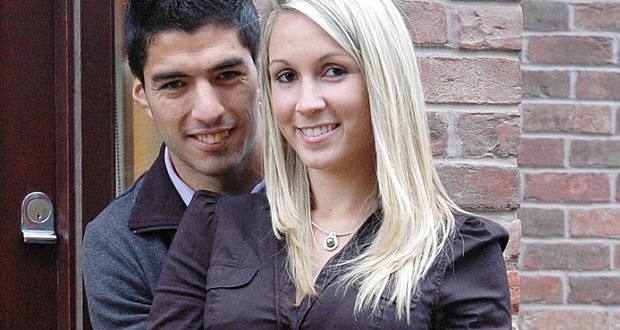 Uruguay National Soccer team has the remarkable Luis Suarez on their Squad, Luis is also a player with Liverpool, but what we are interested in his beautiful Wife Sofia Balbi mother of their daughter.

26-year-old Luis became Uruguay best player during FIFA World Cup in South Africa, he was begun his career as part f Uruguay football team Nacional, then to Ajax and Groningen on 2007 until current year when he signed with Liverpool. 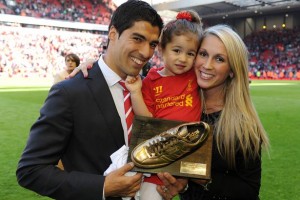 Luis Suarez girlfriend and wife Sofia also from same country have known Luis since they were teenagers; gossips said Sofia sister was dating one of Luis teammates in Nacional who introduced them. He spend most of his free time at his girlfriend home, Balbi dad was affected by the money crisis in Uruguay and had no other option but to relocate his family to Spain.

Sofia moved to Barcelona, Spain in 2004, leaving his weepy beau in Uruguay, but that changed when he moved to Netherlands, Suarez convinced her family to let her move in with him. 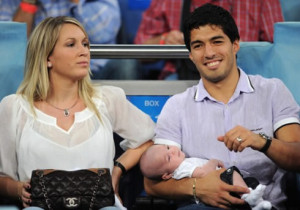 Babli did move in with Luis and years soon they got married, she became Mrs. Suarez in 2009 December. They greeted their initial kid together on 5 August, 2010; Delfina was born in the Barcelona, Spain and to their Benjamin (Son) on 25 September 2013. 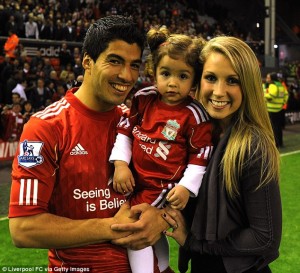 On 11 July 2014, Luis joined Barcelona, permitting him to live closer with his wife Balbi family, Luis was quoted saying “Liverpool football club did all they could to get me to say, but living and playing Spain where my wife parents live, is a lifelong ambition and dream. I trust now the timing is perfect.”

Luis has a sponsorship deal with German sportswear Adidas. Luis starred in 2014 advert for beats with other international football stars including Thierry Henry and Neymar. 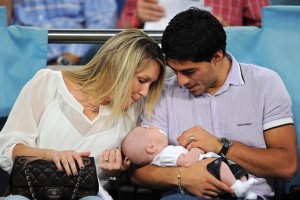 We hope you enjoyed looking at these photos of Luis Suarez’s
girlfriend! Maybe you’d like to take a look at our collection of other
footballer’s girlfriend’s pictures over here on our WAG’s section of FootyBlog.net.

The Dilemma of Luis Suarez

Every year, FIFA along with French magazine France Football organize a ceremony during which they …