Home » News » Promotion secured but what next for Newcastle United 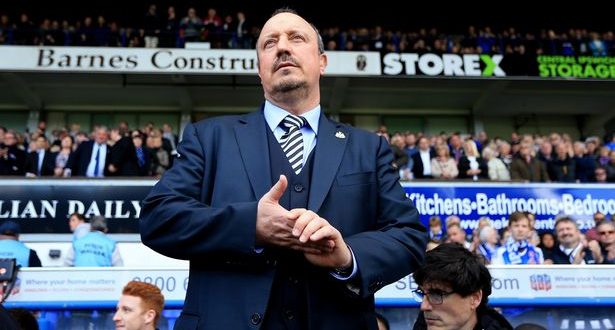 Promotion secured but what next for Newcastle United

Newcastle United are back in the top flight of English football. Monday nights convincing 4-1 demolition of Preston North End saw them gain automatic promotion with two games left to play. There were nerves in the air at St James Park when Preston’s Jordan Hugill scored to equalise on a night where that could be the only positive for a Preston side who late push for the play offs has not been enough. Christian Atsu finished off a slick counter attack followed by a Matt Ritchie penalty and a second of the night for Ayoze Perez which was enough to see the Magpies return to the Premier League at the first time of asking.

After assembling one of the most expensive Championship sides in history under Rafa Benitez spending around £50 million, Newcastle didn’t gain promotion without many hiccups along the way, something that will not bide well in the Premier League. A shaky defence and no consistent striker to fall back on when Dwight Gayle was injured could be the black and whites Achilles heel. In this piece, il be looking at three key areas Newcastle need to look at to become a force once more in the Premier League.

A manager with top flight experience is always handy and Rafa Benitez has just that. Managing at Liverpool and Chelsea it was somewhat of a shock when the Spaniard decided to take over at then struggling Newcastle and even more of shock when he decided to stay with the club once relegated. Under Benitez, Newcastle nearly avoided the drop and started to play with freedom which included a 5-1 romp of Tottenham on the last day of the season. It is vital that the Newcastle board give Benitez the funds to mount a survival challenge or better than that aim for the top 10. Spending £50 million in the Championship to get to this position bodes well after gaining promotion but it will mean nothing if a similar and if not more is given to Rafa to spend on at least five quality Premier League experience players.

Frailties at the back have cost Newcastle throughout this campaign and this will need to fixed come the start of the new season. Conceding poor goals at times when the defence is meant to be at the top of their game as not helped. The club could have secured promotion weeks before Monday’s game but conceding in 95th minute to draw at home against Leeds which was followed by a dismal 3-1 defeat at the hands of Ipswich Town meant they had to rely on Huddersfield slipping up which they did. Regulars at full back Paul Dummett and Vurnon Anita may not be the answer but are certainly not strong enough to leave Newcastle with a strong foundation at the back. Especially Anita, who by trade is a central midfielder made into a make shift right back. Jamaal Lascelles has formed a partnership with Ciaran Clark which has had a positive impact but two new signings may just sure up the defence for the Magpies and see them build a better and stronger foundation for the rest of the squad with Karl Darlow behind the four who has made crucial saves throughout the campaign.

Don’t get me wrong, Dwight Gayle has had a fantastic season in the Championship. Anything that comes his way inside the box usually turns into goals, 22 in the league to be precise. Here lies the problem, between Mitrovic, Murphy and Perez there has only been 23 goals. The three strikers considered as back up to Gayle have a combined total of only one more goal. In the Premier League, the standard of strikers rises and this is simply not good enough. Daryl Murphy never has or never will be a Premier League striker combined with the unpredictability of Mitrovic who has yet to prove himself as a consistent goal scorer in England, this is a problem. Combine this with the fact that Gayle has never proven himself as a consistent performer in the top flight and Newcastle may want to open their cheque book. Every team who has a striker performing well every week and consistently finding the back of the net tend to survive.